New Ebola cases amid fears epidemic ‘out of control’

Aug 7, 2014 12:06 AM PHT
Facebook Twitter Copy URL
Copied
(UPDATED) The spread of the disease comes as the World Health Organization (WHO) met in an emergency session in Geneva to decide whether to declare an international crisis 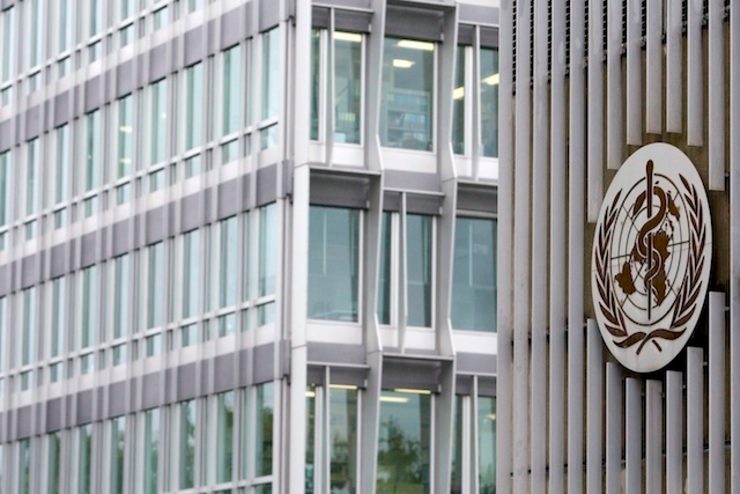 LAGOS, Nigeria/FREETOWN, Sierra Leone (UPDATED) – The death toll of the Ebola epidemic neared 1,000 on Wednesday, August 6, as fears rose that the disease is taking hold in Africa’s most populous nation of Nigeria, after a second death among seven confirmed cases in Lagos.

The spread of the disease comes as the World Health Organization (WHO) met in an emergency session in Geneva to decide whether to declare an international crisis.

The latest official toll across west Africa hit 932 deaths since the start of the year, it said on Wednesday, with 1,711 confirmed cases, mostly in Guinea, Liberia and Sierra Leone.

The death of a nurse in Lagos, a megacity of more than 20 million, came as 45 deaths were confirmed across west Africa between Saturday and Monday (August 2-4), with aid agencies, including Doctors Without Borders, saying the terrifying tropical disease is out of control.

In Liberia’s capital Monrovia, where the dead have been left unburied on the streets or abandoned in their homes, President Ellen Johnson Sirleaf appealed for divine intervention and ordered three days of fasting and prayer.

And in Sierra Leone, which has the most confirmed infections, 800 troops including 50 military nurses were sent to guard hospitals and clinics treating Ebola patients, an army spokesman said.

At the start of the crisis, some clinics were vandalized and health workers came under attack by youths who accused them of helping to spread the disease.

The soldiers’ colleagues coming to the end of a tour with the African Union peacekeeping force in Somalia were ordered Wednesday to remain in the war-torn country rather than risk returning home because of Ebola.

The closed-door WHO meeting was not expected to make a decision until Friday, August 8. But the session itself underscored the severity of the threat posed by the disease, which causes severe fever and unstoppable bleeding.

Two Americans who worked for Christian aid agencies in Liberia were brought back to the United States for treatment in recent days.

They are being given an experimental known as ZMapp, which is hard to produce on a large scale and are showing signs of improvement.

Nigeria’s Health Minister Onyebuchi Chukwu told reporters he was in contact with the US Centers for Disease Control on the possibility of getting drugs from them.

“I said we are getting report that this experimental drug seems to be useful. Is it also possible that we can have access for our people presently being treated and under incubation,” he said.

The US disease control and prevention body on Wednesday issued its highest alert for an all-hands on deck response to the Ebola crisis in West Africa.

Level 1 is the highest on a 1-6 scale and signals that increased staff and resources will be devoted to the outbreak.

Chukwu said all seven confirmed cases in his country had “primary contact” with Patrick Sawyer, a Liberian finance ministry employee who brought the virus to Lagos on July 20.

Sawyer had travelled to Nigeria from Monrovia via Togo’s capital Lome, was visibly sick upon arrival at the international airport in Lagos.

He died in quarantine on July 25 after infecting several hospital staff, including a nurse who died on Tuesday night.

Lagos health commissioner Jide Idris appealed to striking doctors to resume work, saying that “we all must come together to address this situation.”

Public sector doctors have been on strike since July 1 to press for better pay and conditions.

Meanwhile a Saudi Arabian who had travelled to Sierra Leone and developed Ebola-like symptoms died on Wednesday of a heart attack, the health ministry said.

Officials did not disclose the results of the Ebola tests conducted abroad, but said he would be buried in an Islamic manner under precautions laid down by world health authorities.

The new global head of the Red Cross warned that Ebola will be contained only if the public is won over, saying “stigma and discrimination often kill as much as viruses”.

Elhadj As Sy said lessons had to be learned from the fight against AIDS and that dishing out blame does not help.

“It’s very difficult in a west African cultural setting to tell people not to engage with their loved ones who are sick. But in this current situation they will have to do so,” he told Agence France-Presse.

In addition, people must shun time-honored burial rites that require relatives to wash the body of the dead, as Ebola victims remain contagious after death.

First discovered in 1976 and named after a river in what is now the Democratic Republic of Congo, Ebola spreads through contact with bodily fluids such as blood, saliva and sweat. (READ: FAST FACTS: Ebola)

It has killed around two-thirds of those it has infected over the last four decades, with two outbreaks registering fatality rates approaching 90%. The latest outbreak has a fatality rate of around 55%. – Rappler.com