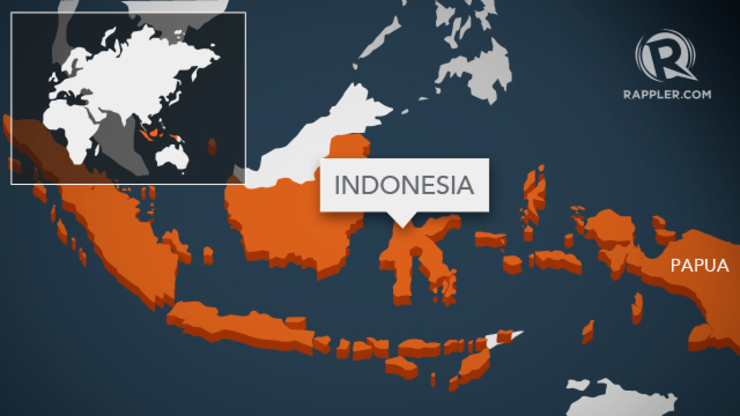 JAYAPURA, Indonesia – Indonesian police have arrested two French journalists who were reporting on the separatist movement in the restive eastern region of Papua, police and embassy officials said Friday, Aug. 8.

Thomas Dandois, 40, and Valentine Bourrat, 29, were working for Franco-German television channel Arte when they were detained, a spokesman for the French embassy in Jakarta told AFP.

Dandois was arrested Thursday, Aug. 7, at a hotel in the city of Wamena with 3 separatists from the Free Papua Movement (OPM), Papua province police spokesman Sulistyo Pudjo Hartono said.

He gave no details on Bourrat’s arrest, but said both were reporting illegally on tourist visas.

Indonesia’s central government keeps a tight grip on Papua and rarely grants foreign journalists full access to report independently in the region. Foreign NGOs are also restricted from operating there.

“We were concerned that (the French nationals’) activities were part of a plan to create insecurity and instability in Papua,” Hartono said.

He said the separatists at the hotel were from the highlands of Lanny Jaya district, where 5 OPM members were killed in a shootout with the military last week.

The shootout came after two policemen were shot dead, killings that were blamed on the separatist movement.

The OPM has for decades waged a low-level insurgency against Indonesian rule over the resource-rich but poor, ethnically Melanesian region.

Normally foreign journalists detained for illegally reporting in Papua are deported. Hartono said the reporters were being questioned.

A French embassy spokesman said: “We are in constant contact with them, we are in touch with the Indonesian ministry of foreign affairs and the police, both in Jakarta and in Papua, to resolve this issue.” – Rappler.com