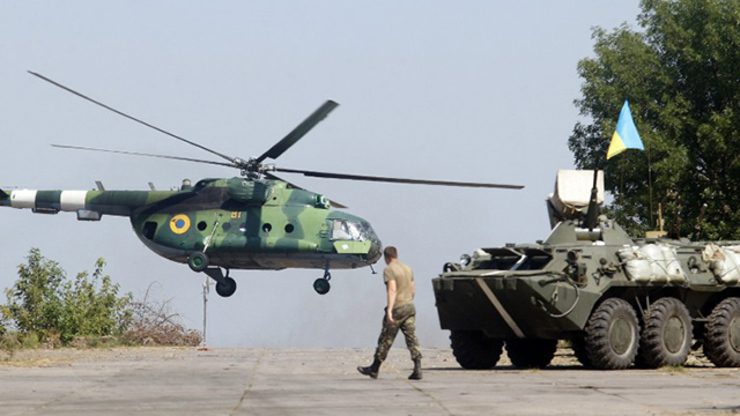 KIEV, Ukraine – A top rebel chief in east Ukraine on Saturday, August 9, called for a ceasefire on humanitarian grounds after admitting government forces had surrounded the main insurgent stronghold of Donetsk.

Alexander Zakharchenko, prime minister of the self-proclaimed Donetsk People’s Republic, called for a truce to stop the city becoming a new “Stalingrad” but swore to fight on to the end if the offer was rejected.

“We are ready for a ceasefire in order to avert the humanitarian catastrophe growing,” Zakharchenko said in a statement posted on a rebel website.

He pledged though that insurgent fighters stood ready to defend Donetsk to the death if the Ukrainian army attempted to push into the city.

“The fight will be for every street, for every house, for every meter of our land,” Zakharchenko, who took over as premier on Thursday, August 7, he stressed.

Ukraine’s forces are camped out around the million-strong industrial hub and have said that they are gearing up to retake the city.

Deadly shelling has increasingly pounded the deserted center and suburbs over the past week, with an ever growing flood of residents scrambling to flee the violence.

Meanwhile Kiev’s Western allies have warned that Russia could be preparing to invade Ukraine under the guise of a humanitarian mission after some 20,000 troops along the border.