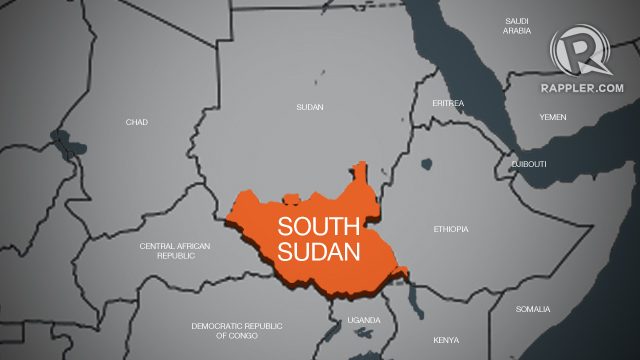 JUBA, South Sudan – UN Security Council ambassadors landed in war-torn South Sudan Tuesday, August 12, in a bid to end eight months of conflict that has pushed the young nation to the brink of famine.

Thousands of people have been killed and over 1.5 million have fled almost eight months of carnage, sparked by a power struggle between President Salva Kiir and his sacked deputy Riek Machar, with battles between government troops, mutinous soldiers and ragtag militia forces divided by tribe.

British Ambassador Mark Lyall Grant said the visit was to “engage with leaders” and witness “the humanitarian crisis first hand”.

The ambassadors are due to meet with Kiir as part of their two-day visit to the world’s youngest nation.

“The actions of President Salva Kiir and former vice president Riek Machar in continuing to pursue a military solution to this conflict are unacceptable,” said the 15-member council on Friday.

The UN has said the food crisis is the “worst in the world”, with aid workers warning of famine within weeks if conflict continues.

US Secretary of State John Kerry on Monday, August 11, accused both sides of failing to commit to the peace process, a day after missing a key deadline to forge a unity government.

“This is an outrage and an insult to the people of South Sudan,” Kerry said.

“Their leaders are letting them down again and again. Peace talks have been on-going in Ethiopia for six months, while the people of South Sudan continue to suffer and the war persists.”

Stop-start peace talks which began in January officially restarted again last week in Ethiopia, but the delegates have made little if any progress.

Heavy fighting was reported Sunday around the eastern town of Nasir in Jonglei state, a former rebel headquarters wrested back by the government last month.

Both government and rebels blamed the other for the fighting. – Rappler.com