Aug 13, 2014 12:21 AM PHT
Facebook Twitter Copy URL
Copied
WHO assistant director: 'In the special circumstances of this Ebola outbreak it is ethical to offer unregistered interventions as potential treatments or prevention' 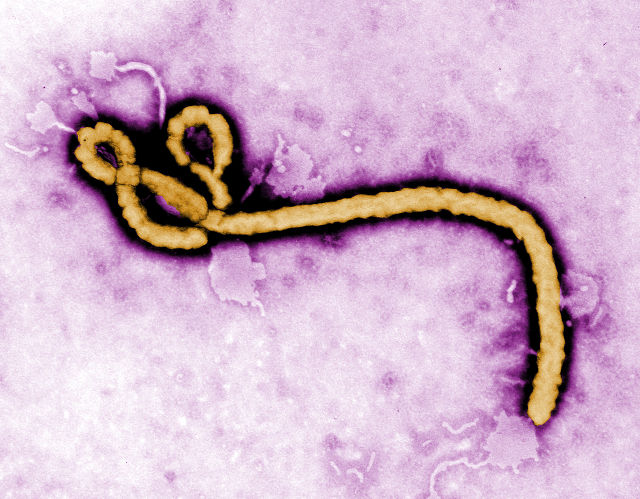 GENEVA, Switzerland – The World Health Organization authorized Tuesday the use of experimental drugs to fight Ebola as the death toll topped 1,000 and a Spanish priest became the first European to succumb to the latest outbreak.

The declaration by the UN’s health agency came after a US company that makes an experimental serum called ZMapp said it had sent all its available supplies to hard-hit west Africa.

“In the special circumstances of this Ebola outbreak it is ethical to offer unregistered interventions as potential treatments or prevention,” WHO assistant director general Marie-Paule Kieny told reporters in Geneva, following a meeting of medical experts on the issue.

The epidemic, described as the worst since Ebola was first discovered four decades ago, has killed 1,013 people since early this year, the WHO said.

Cases have been limited to Guinea, Liberia and Sierra Leone, which account for the bulk of victims, and Nigeria, where two people have died.

Elderly Spanish priest Miguel Pajares, who became infected while helping patients in Liberia, died in a Madrid hospital Tuesday, 5 days after being evacuated.

He had been treated with ZMapp, which failed to save him but has shown positive effects on two US aid workers also infected in Liberia.

There is currently no available cure or vaccine for Ebola, which the WHO has declared a global public health emergency, and the use of experimental drugs has stoked a fierce ethical debate.

Despite promising results for the ZMapp treatment, made by private US company Mapp Biopharmaceutical, it had only been tested previously on monkeys.

ZMapp is also in very short supply but the company said it had sent all available doses to west Africa free of charge after an outcry over its use on foreign aid workers.

“Any decision to use ZMapp must be made by the patients’ medical team,” it said, without revealing which nation received the doses, or how many were sent.

Kieny said WHO had been told three doses were sent to Liberia.

While the ZMapp stock has been exhausted for now, Kieny stressed there were other “potential therapies and vaccines … considered very serious alternatives.”

She said the WHO would convene a new meeting of experts at the end of August to discuss their use.

‘Right a wrong of history’

Two possible vaccines were moving rapidly towards clinical trials, she said, voicing optimism that one could be made widely available by year-end, maybe as early as November.

Kieny described the lack of vaccines and treatments for Ebola as “a market failure,” pointing out that plenty of drugs had been developed “to a point”, but companies had not footed the bill for the more expensive clinical trial process since the virus was “typically a disease of poor people in poor countries where there is no market.”

“This is an opportunity to right a wrong of history,” she said.

The use of unauthorized drugs that had proven safe and effective in monkeys could be a “potent asset” in the fight against Ebola, she said.

But strict criteria applied, including the need for full transparency, and for informed consent from patients – or their families if they are unconscious.

Kieny also stressed the “moral obligation” to collect and share all data generated from their use to help speed up the production of authorized drugs.

Panic has gripped the impoverished west African countries ravaged by the disease, with drastic containment measures causing transport chaos, price hikes and food shortages, and stoking fears that people could die of hunger.

Numerous countries around the globe have imposed emergency measures, including flight bans and improved health screenings.

In Liberia a third province was placed under quarantine on Monday, and state officials were banned from travelling abroad for a month, while those outside the country were ordered home.

Sierra Leone President Ernest Bai Koroma meanwhile expressed his “utter dismay” at the “slow pace” of the international community in responding to the outbreak.

Eight Chinese medical workers who treated patients with Ebola have been placed in quarantine in Sierra Leone, but Beijing has not said whether they were displaying symptoms of the disease.

In addition, 24 nurses have been quarantined, health officials said, while a physician had contracted Ebola but was responding well to treatment.

The nation’s sole virologist, who was at the forefront of its battle against the epidemic, died from Ebola last month.

Countries around the world were on alert, with Japan saying it was evacuating two dozen staff from Guinea, Liberia and Sierra Leone.

In Senegal, a newspaper editor was detained by police for spreading “false information” after his paper claimed there were five Ebola cases in the country, which authorities have denied. – Rappler.com