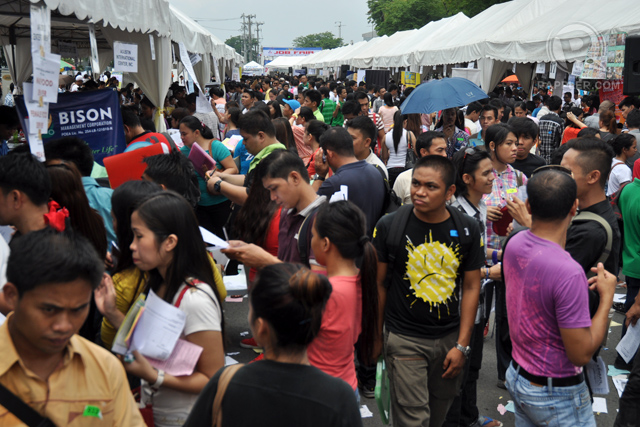 JAKARTA, Indonesia – A new study that for the first time outlines the implications of the ASEAN Economic Community (AEC) on the workforce in the region warns that inequality and labor issues could worsen unless countries started taking decisive action.

The study released on Wednesday, August 20, by the International Labor Organization (ILO) and the Asian Development Bank (ADB), says AEC could lead to 14 million additional jobs and increase overall growth by 7.1% by 2025 compared to a scenario where it isn’t implemented.

However, it warns that the gains will not be distributed evenly.

“Unless decisively managed this could increase inequality and worsen existing labor market deficits – such as vulnerable and informal employment, and working poverty,” the study states.

The AEC, set to come into force in December 2015 – just a little over a year from now – is an ambitious plan to create a single market comprising the 10 countries that make up the Association of Southeast Asian Nations (ASEAN). This involves a freer movement of goods, capital and labor, which has both positive and negative implications. (READ: A united region: The ASEAN Community 2015)

Cambodia and Vietnam stand to gain most in terms of job generation under the AEC, according to study. In terms of percentage of total employment, Cambodia benefits the most with 9.8% of the jobs – equivalent to 1.1 million – in 2025 courtesy of the AEC. In actual numbers, Vietnam will gain the most with 6 million AEC-generated jobs, or 9.5% of the total by 2025.

The Philippines comes up third with a little over 3 million additional jobs generated, or about 6% of the total by 2025. Indonesia will benefit the least, with only 1.3% of total employment in 2025 – or 1.9 million jobs – due to the AEC.

“An important factor behind these variations across the countries is the degree of economic and labor market dependence on international trade,” the study explained. But while there will be a net job gain under the AEC, it will also destroy jobs. The food processing industry is the worst hit in terms of job losses in Cambodia, Indonesia and Laos, while in the Philippines and Thailand the sector will see gains.

While there has been worry that the movement of professional workers would threaten locals in countries with lower levels of education, the study finds that little impact under the AEC. Seven of the 8 occupations that are initially expected to see freer movement within the region – engineers, nurses, surveyors, medical and dental practitioners, accountants – only account for a “negligible” 0.3-1.4% of total employment in the region. The 8th, tourism professionals, is difficult to estimate.

Said Iqbal, a labor union leader in Indonesia, said during the launch of the study that AEC should also reduce the Gini Coefficient, a measure of inequality. But the study warns, in fact, that inequality could worsen.

“As companies upgrade their operations, they will compete more fiercely for scarce talent – giving a disproportionate boost to the incomes of those who have the right skills,” the study says. 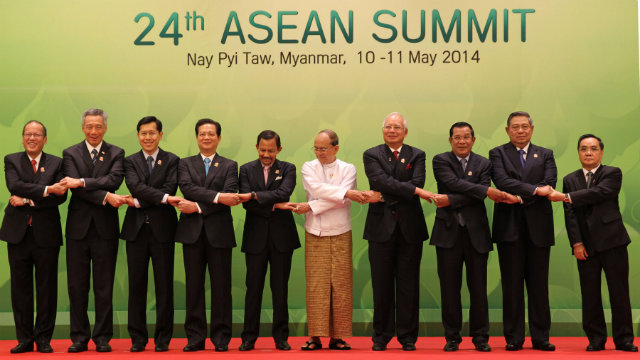 “The findings therefore highlight the risk of greater inequality – an outcome that would run counter to the ASEAN objective of equitable economic development and inclusive growth.”

The key point, according to Sukti Dasgupta, the head of the regional economic and social analysis unit at ILO, is that “AEC will deliver benefits but risks leaving some behind and increasing inequality.”

To maximize the potential benefits of the AEC and mitigate its risks, ILO and ADB recommended measures such as linking education and training systems to private sector demand, investing in infrastructure and connectivity, and establishing social protection floors, including for migrant workers.

It also recommended that mutual recognition arrangements, which currently only cover highly skilled workers, be extended to cover medium-skilled ones.

“Ultimately ASEAN’s plan for greater regional integration will be judged on how much it benefits ordinary working men and women in the region,” said Yoshiteru Uramoto, ILO Assistant Director-General and Regional Director for Asia and the Pacific. “Policy makers must not miss this opportunity to ensure the benefits of the region’s impressive development are enjoyed by all”.

Many of the headlines on the AEC, however, talk of how the ASEAN members are not ready for it. “No country is preparing enough,” Dewi Fortuna Anwar, senior strategist to Indonesia’s vice president Budiono and an ASEAN expert, told Rappler in May.

Arjun Goswami, the director of ADB’s Office of Regional Economic Integration, said during the launch, however, that we should not be overly critical of policymakers as they go through this process.

“It’s not a straight game. It’s completely understandable that policymakers need to look through very carefully what the losses are as well as the gains to work out the net benefits and how to manage the structural adjustment that they’re going to have to go through,” he said.

Goswami added, however, that the Cambodia, Laos, Myanmar and Vietnam – the lower-income members collectively referred to as CLMV – are eager for the AEC.

“The traditional approach is often to say the CLMV countries are less ready. But the CLMV countries are hungry for this. They want this. They are working hard on this. They’ve got a catch-up process to do but their growth rates have been faster than the ASEAN-4 (Indonesia, Malaysia, Philippines, Thailand) and now they recognize that their openness will actually pay off. The structural adjustment process for middle-income countries is much harder by definition,” he said. – Rappler.com