Facebook Twitter Copy URL
Copied
In a kiss-and-tell memoir, Valerie Trierweiler charts the highs and lows of her time with Francois Hollande, whose popularity is already at historic lows and who could suffer further embarrassment from the new revelations

PARIS, France – A heated passion, a tumultuous break-up and a desperate bid at reconciliation: for the first time, France’s former first lady spills the beans about her tempestuous relationship with President Francois Hollande.

In a kiss-and-tell memoir, written in the utmost secrecy and printed in Germany to avoid any leaks, Valerie Trierweiler charts the highs and lows of her time with Hollande, whose popularity is already at historic lows and who could suffer further embarrassment from the new revelations.

In extracts published Wednesday, September 3, by glossy magazine Paris-Match and daily Le Monde, Trierweiler describes the bust-up in the presidential bedroom when news broke in January of Hollande’s affair with actress Julie Gayet.

“I crack up. I don’t want to hear that, I rush into the bathroom. I grab the little plastic bag with the sleeping pills,” she recounts in an episode run in the weekly magazine.

“Francois follows me. He tries to snatch the bag… The pills spill over the bed and on the ground… I swallow what I can. I want to sleep. I don’t want to live through the coming hours… I lost consciousness.”

The glamorous journalist, now 49, got together with Hollande in 2005 while he was in a relationship with Segolene Royal – herself a former presidential candidate – and the pair began a secret liaison.

Hollande subsequently left Royal, the mother of his four children, for Trierweiler who became the de facto first lady of France after he was elected in 2012, despite the fact the pair were not married.

Hollande’s office said it had not been aware of the publication of the 320-page book that comes out on Thursday, September 4, which is far from kind to the president who likes to call himself “Mr. Normal”.

“He presented himself as the man who does not like the rich,” Trierweiler is quoted as saying in Le Monde.

“In reality, the president does not like the poor,” she writes, pointing out that he jokingly calls them “the toothless” in private.

Trierweiler says that at the beginning, “it was electric between us when we were together”.

But Hollande changed, becoming “de-humanized” as he got closer to the reins of power, Trierweiler was quoted as saying by Paris-Match. 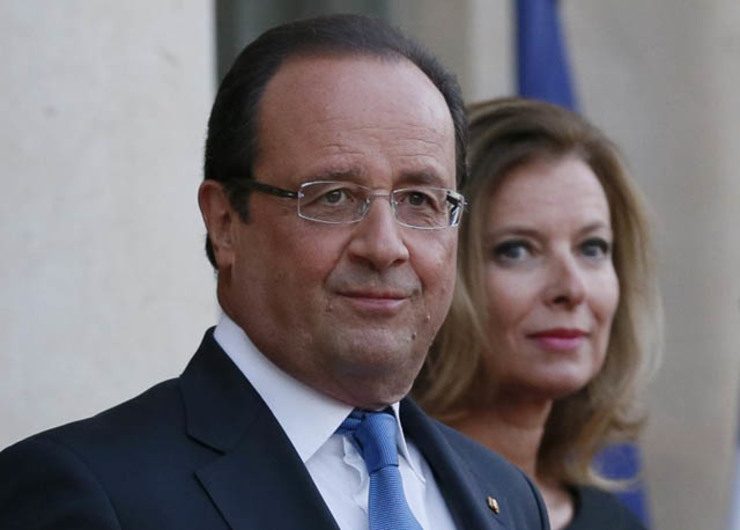 She became increasingly frustrated with the cabal surrounding Hollande as he campaigned for the keys to the Elysee Palace.

According to Paris-Match, Stephane Le Foll, a close advisor and now government spokesman, told her: “If you want an evening with Francois, you have to go through me.”

Then once elected, Hollande pulled further and further away.

She recalls an episode before a state dinner, when he asked her whether it takes her a long time to be “beautiful”, to which she responds in the affirmative.

“At the same time, no one asks anything else of you,” the president tells her, according to the weekly.

Trierweiler remembers another wounding episode, when a voter is caught on camera asking Hollande not to marry the journalist, who is deeply unpopular with the French. He just bursts out laughing, according to Paris-Match.

News of his affair with 42-year-old Gayet caused shockwaves in France in January, and Trierweiler was hospitalized for a week after Closer published pictures of Hollande arriving for secret trysts with the actress at a borrowed flat.

Hollande then announced his relationship with Trierweiler was over in an 18-word statement that was devoid of regret or remorse for the woman he had once described as “the love of my life”.

But according to Paris-Match, the break-up actually sparked a new passion in Hollande.

The weekly says he bombarded her with text messages, “up to 29 in one day”, even finding time between a meeting with US President Barack Obama and Russian President Vladimir Putin to send her “passionate messages.”

“He tells me he is going to win me back as if I was an election,” Paris-Match quoted her as saying.