Meet the lawyer who wants you to pay for plastic bags Facebook Twitter Copy URL
Copied
In January 2013, Tiza Mafira created an online petition to get Indonesian retailers and supermarkets to stop giving away plastic bags for free. She got so much more than just signatures.

JAKARTA, Indonesia – “Do I really need this plastic bag?”

Environmental lawyer Tiza Mafira wants Indonesians to start asking this question whenever they are given one in a store. And she hopes more and more, people would say no.

A staunch advocate of reducing the use of plastic bags in Indonesia, Tiza understands how difficult it is for people to change a lifelong habit. But she’s still optimistic that change would gradually happen. She has reason to be.

Once you start doing it, you realize how easy it is just to bring your own reusable bag. It’s only difficult in the beginning because nobody wants to change.
– Tiza Mafira

In January 2013, she initiated the online petition #Pay4Plastic on change.org, which asks retailers and supermarkets to stop giving away plastic bags for free.

“There’s completely zero regulation on plastic bags here, so I thought pushing for a regulation was going to be quite hard,” the University of Indonesia and Harvard-educated lawyer told Rappler.

The online petition has so far gained more than 9,000 signatures, but beyond that, it led her to meet and work with people who shared the same concerns.

In February 2013, the Gerakan Indonesia Diet Kantong Plastik (GIDKP), or Indonesia on a Plastic Bag Diet Movement, was founded by 8 organizations and 2 individuals, including Tiza. 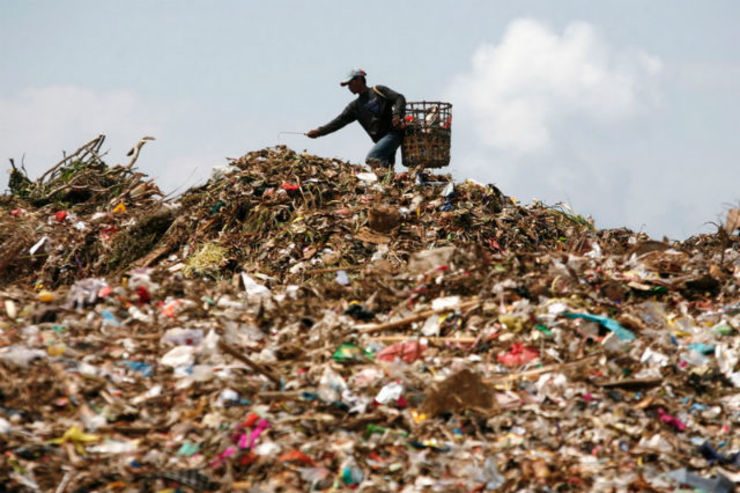 Shortly after initiating the petition, Tiza said the Indonesian Merchants Retail Association (APRINDO) contacted her and said their members were actually in favor of the cause.

“They are very, very willing to reduce plastic bags, because it’s a cost for them,” she said. However, she said retailers were also worried customers who would go somewhere else if they knew they wouldn’t get free plastic bags from them.

“Society wasn’t ready. Unless there’s a uniform policy to implement it across all retailers, they don’t want to be the only ones to do so,” Tiza said.

“But retailers are doing little things, like giving discounts for reusable shopping bags or giving cash back to customers who bring their own bags.”

There are other small achievements, like when they developed a standard operating procedure that retailers can use to train cashiers about reducing plastic bag use.

“The first step is for cashiers is to ask customers whether they need a plastic bag,” she said. “Our efforts focused first on minimarkets, not big retailers, because it’s easy for them to see the logic of not giving away plastic bags if customers only buy small items.”

So far, she said the increased awareness is becoming more evident, with many cashiers in minimarkets now more accustomed to not giving plastic bags unless customers really need it.

Some of the other activists Tiza met and formed GIDKP with had already proved that local governments can be convinced to support the cause. In 2012, they got the city of Bandung – a famous shopping haven which can produce up to 150 tons of plastic waste a day – to issue a bylaw to reduce the use of plastic bags.

The bylaw didn’t control the use of plastic bags, but it promised to give land and building tax incentives to retailers or building owners that can demonstrate reduced plastic bag use. 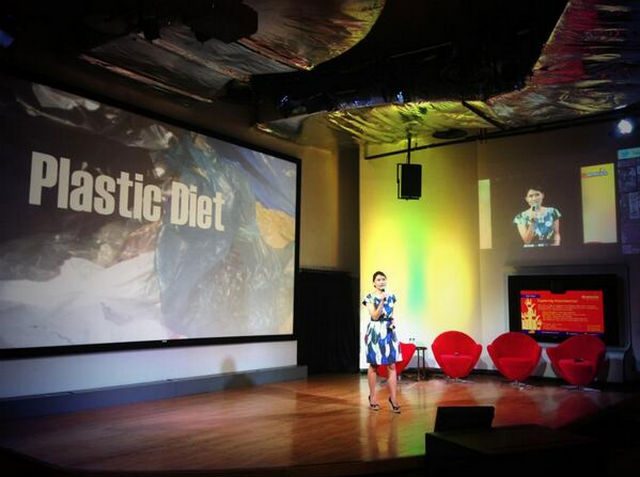 Tiza said they are still working on a similar bylaw in Jakarta – which produces a thousand tons of plastic bag waste a day – and have had talks with both Jakarta Governor Joko Widodo (who will soon be Indonesia’s president) and his deputy Basuki Tjahaja Purnama. Both expressed their support for the movement, she said.

“It’s just that they are unwilling or unable at the moment to make a really strict regulation because they’re afraid of society’s backlash, or that industries will think it’s too much too soon.”

But as a gesture of their support, Tiza said the Jakarta city administration issued an appeal in June 2013 encouraging retailers not to give away plastic bags for a month. The appeal was issued to coincide with Jakarta’s June 22 anniversary, which is celebrated with the month-long Jakarta Great Sale.

In another show of support, the city administration issued a similar appeal this year, but this time with no end date.

“The idea is to get people accustomed to the cause, increase social awareness, and gradually move towards regulation from there,” Tiza said.

“I have met a lot of resistance, mostly from housewives — no matter what generation they come from — because they use plastic bags to dispose their waste,” Tiza said.

How you can help:

However, she said she encourages people not to take more plastic bags than they need.

“We realize the utility of plastic bags; it’s a great invention. But the problem is that people are using it mindlessly, and what we’re trying to create is mindfulness that you don’t have to use it that much,” she said.

Tiza is optimistic that the online petition she initiated and the movement that followed could eventually result in a legally binding regulation that would reduce the use of plastic bags.

“The petition at least started something and the process is still ongoing. I never expected retailers to go ahead and do it,” she said.

“The easiest thing to do first is to ask for a plastic bag diet. Once you start doing it, you realize how easy it is just to bring your own reusable bag. It’s only difficult in the beginning because nobody wants to change. People are always averse to change, no matter how easy it is,” Tiza said. – Rappler.com