Yenny Wahid: To address poverty, be honest about it

Sep 25, 2014 7:18 PM PHT
Ismira Lutfia Tisnadibrata
Facebook Twitter Copy URL
Copied
Under Indonesia's national poverty line of about $0.70 per day, just over 28 million are considered poor. But about 100 million live on less than $2 a day. 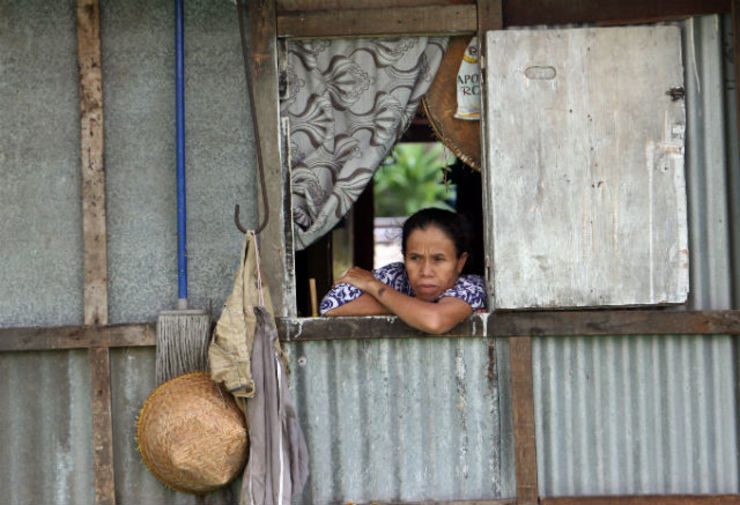 JAKARTA, Indonesia – If President-elect Joko “Jokowi” Widodo’s government wants to effectively address poverty, it would have to be honest about it, Wahid Institute director Yenny Wahid says.

“It has to start with honesty, in terms of poverty rate and which poverty rate measurement it would use,” said Yenny, a former journalist and activist and a daughter of the late President Abdurrahman “Gus Dur” Wahid. She was speaking on Tuesday, September 24, at a World Bank forum on poverty and inequality.

28 million
Those who live under Indonesia’s national poverty line of $0.70/day

The Central Statistics Agency (BPS) says 11.3% of the population, or more than 28 million Indonesians, live below the official poverty line, which is determined based on a complicated calculation of the minimum amount needed to afford about a hundred food and non-food items that officials deem necessary.

Based on this calculation, BPS counts as poor those who live below IDR250,000 ($20.9) per month (national average, it varies per city), or less than $0.70 a day. This is substantially less than the $1.25 poverty line used by international organizations like the Asian Development Bank, which is already criticized as too low by those who argue $2 should be used as basis.

Under the $2 a day line, it is widely estimated that about 100 million Indonesians would be considered poor.

The Indonesian Institute of Science (LIPI) has long been advocating the revision of how the poverty line is determined. Even Jakarta Governor Basuki “Ahok” Tjahaja Purnama would rather the capital have a much higher 30-40% poverty rate under a realistic IDR2.4 million a month level, rather than an impressive 3.72% poverty rate based on a IDR343,000 per month poverty line. For years, Indonesia has announced impressive poverty reduction figures. In August, the National Team for the Acceleration of Poverty Reduction (TNP2K) announced that the number of poor people in Indonesia has dropped by 4.25 million from 32.53 million in 2009 to 28.28 million in 2014. This also represents a massive decline from 24% in 1999 to 11.3% this year.

But according to the World Bank, behind these figures, Indonesia’s poverty reduction rate has been slowing down over the past two years to just 0.7% this year – the smallest decline in the last decade.

In addition, some 68 million Indonesians earn incomes only marginally higher than families living below the official poverty line, which means they can easily fall below the already low line if crisis strikes.

“Reducing poverty and inequality will be the most important challenge for Indonesia’s new government,” said Rodrigo A. Chaves, World Bank country director for Indonesia.

How to reduce poverty? Chaves said effective implementation of good public policies by the central and local governments, as well as partnership with the private and civil society sector, would spur Indonesia to make substantial progress to reduce poverty and inequality.

Access to electricity and clean water would also help the poor to improve their quality of life as the basic necessities would enable them to work and be productive, Yenni told the forum.

In addition, “having ICT (infrastructure) would be very beneficial for women, because it allows them to work from home,” said Betti Alisjahbana, founder of ICT services and leadership development company QB International.

Vice President-elect Jusuf Kalla said his incoming government with President-elect Joko Widodo would boost productivity to reduce poverty and inequality and improve infrastructure such as roads to increase people’s mobility and to expedite transportation of goods.

But first, as Yenny said, Indonesia has to be honest about its poverty. – Rappler.com