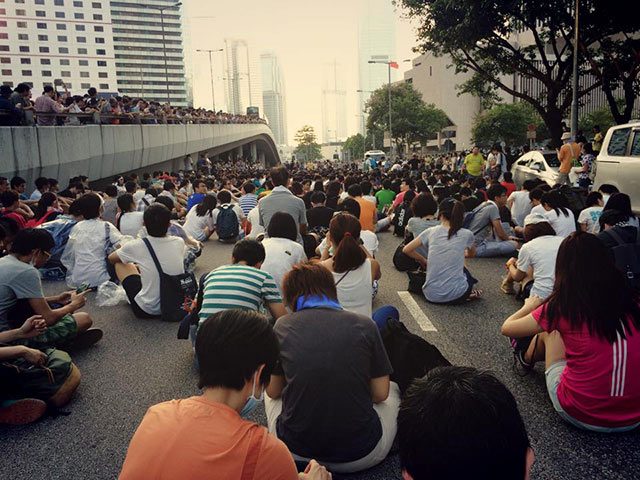 The number of protestors on the ground were estimated at 10,000 in the beginning and swelled to 60,000 at its peak. While violent protests are rare in Hong Kong, media outlets reported several scuffles between police in riot gear and demonstrators who were agitated by the use of tear gas. “The HK police have gone mad!” Ng said in a Facebook post. “This isn’t Syria or Gaza. This is Hong Kong, our Hong Kong.” 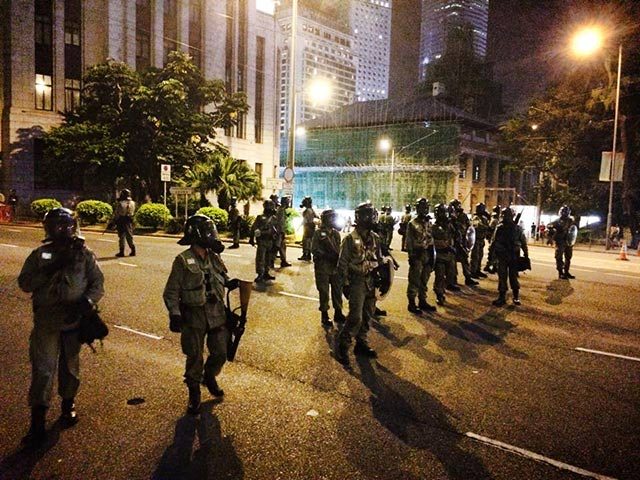 All hands are on deck for Hong Kong police. Unrest is rarely seen in the semi-autonomous region. Barricades put up by protestors looked like it came straight out of a movie. Netizens have begun tweeting and posting photos of chaotic scenes from the ground using #OccupyCentral – referring to Hong Kong’s Central District – and #HongKong.
For more photos, videos, and reports from citizens on the ground, follow our live blog below. You can also share your own photos from the protests by tweeting @rapplerdotcom.