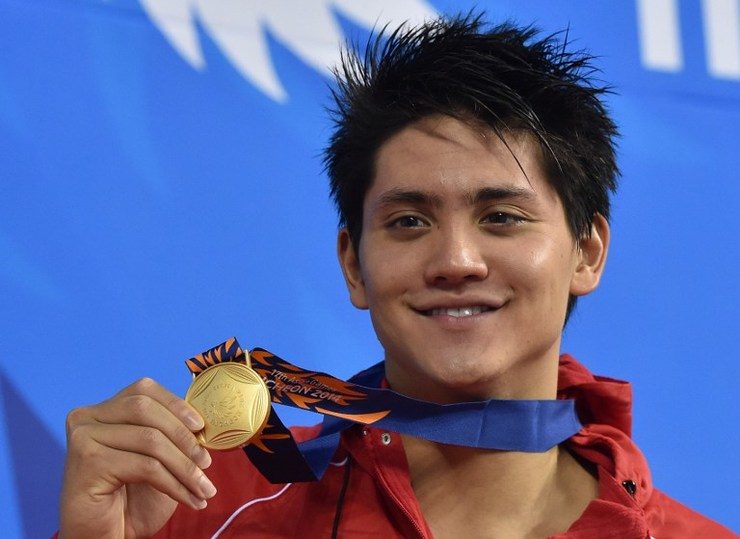 SINGAPORE – The father of Singapore’s Asian Games swimming star Joseph Schooling has hit back at critics questioning their family background amid discontent over foreign-born athletes competing for the city-state.

Businessman Colin Schooling, 66, who was himself born in Singapore, said he felt baffled by comments on the Internet describing his 19-year-old son, a third-generation Singaporean, as a foreigner.

Joseph Schooling won the 100-meter butterfly title in record time in Incheon, South Korea to become the first male Singapore swimmer to win an Asian Games gold since 1982. He has also won a silver and a bronze at the Games.

His victories have been celebrated at home but there have also been comments referring to his father as “ang moh”, which means a white man in the Hokkien dialect spoken by many Singaporeans.

“My name is Colin Schooling, true son of Singapore,” the elder Schooling said in a video shot by the Straits Times newspaper and uploaded on YouTube. He spoke in Malay, one of Singapore’s official languages.

His wife, May, is an ethnic Chinese from Malaysia who is a Singapore permanent resident.

Colin Schooling told the Straits Times in remarks published Monday that his grandfather was an officer in the British army who married a local Eurasian woman with Portuguese blood.

Singapore is a former British colony with an ethnic Chinese majority as well as a substantial Malay and Indian population. Singaporeans with mixed European and Asian blood are called Eurasians.

“But I was born here, so was my father,” Colin Schooling told the Straits Times.

“I see these comments many times on Internet forums. They say Joseph’s father is an ang moh. I say, don’t forget Eurasians are part of the Singapore population,” he said.

Joseph Schooling, who was also born in Singapore, said he used to be bothered by the comments but now ignores them.

“I’m just glad to get the opportunity to do my country proud,” the teenager said. – Rappler.com