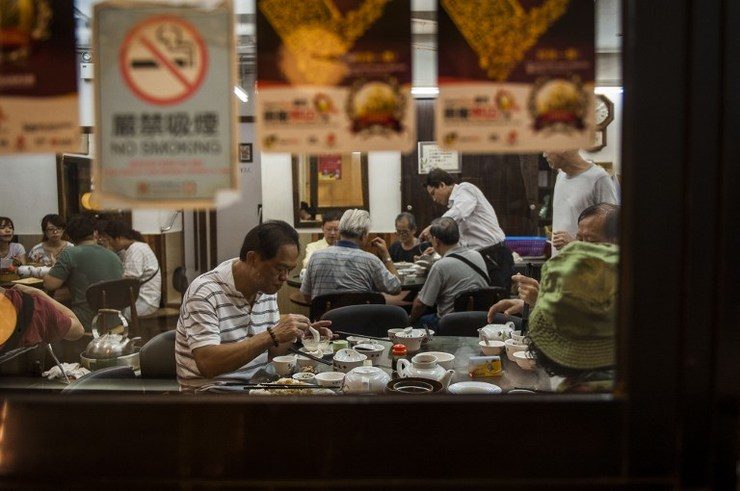 Facebook Twitter Copy URL
Copied
Changing consumption patterns driven by Asia's expanding middle class, the globalization of the food chain and the transfer of new diseases from animals to humans have made it more complicated to combat the risks

SINGAPORE – Every morning, food samples are laid out on a long table at a pristine laboratory run by a German firm in Singapore – but they’re not meant for chefs or gourmets.

Testing company TUV SUD is watching out for contaminants that could harm consumers in Singapore and other parts of Asia, which has recently been rocked by food-safety scandals.

Sales of US fast food giant McDonald’s in China were hammered this year following news reports alleging that a supplier mixed expired meat with fresh deliveries.

A Taiwan company is currently embroiled in a widening scare after it was found selling hundreds of tons of waste “gutter oil” to food makers, bakeries and restaurants forcing the recall of cakes, bread, instant noodles, cookies, dumplings and other food items at home and in Hong Kong.

On a recent visit by Agence France-Presse to the TUV SUD lab in Singapore, chemists in white gowns carried out a battery of tests on milk powder from the Philippines, seafood from Indonesia, Vietnam and Malaysia and locally processed food for consumption in the city-state as well as other Asian countries.

“I’ve been working in the industry for the past 25 years and every few years there’s something major,” said Chong Kok Yong, a vice president responsible for food safety at TUV SUD in Singapore.

“It’s an ongoing challenge because there are parties who want to make more from less, so they are always trying to make poor-quality food look good. So there’s always temptation for them to do something illegal.”

Changing consumption patterns driven by Asia’s expanding middle class, the globalization of the food chain and the transfer of new diseases from animals to humans have made it more complicated to combat the risks, experts warned.

Sivapuram V.R.K. Prabhakar, a senior policy researcher at the Japan-based Institute for Global Environmental Strategies (IGES), said many countries “still handle the issue by handing over bits and pieces of the food safety puzzle to various ministries and agencies without much coordination and collaboration”.

In 2008, China’s dairy industry was shaken by revelations that melamine was added to powdered milk to make it appear higher in protein content, leaving 300,000 babies ill and causing worldwide recalls of products containing Chinese dairy.

Tests done at TUV SUD’s Singapore facility at that time showed some samples of raw ingredients having 10,000 times more melamine – a white chemical used in plastics, adhesives, countertops, dishware and whiteboards – than the tolerable limit.

In 2011, Singapore suspended the importation of three Taiwanese brands of juice used in the popular drink known as bubble tea after they were found to contain diethylhexyl phthalate, a chemical commonly used in plastic manufacturing.

The intensification of food production has also given rise to concerns over the excessive and improper use of pesticides in crops and antibiotics in animals.

India uses less pesticides per hectare than Taiwan and Japan but still reports a bigger number of pesticide residue cases due mainly to improper application and the type of chemicals used, a study co-written by Prabhakar said.

Hiroyuki Konuma, who heads the UN Food and Agriculture Organization in Asia Pacific, said “unsafe food causes a great number of acute and lifelong diseases ranging from diarrhea to various forms of cancer, with more than 200 diseases spread through contaminated food.”

Unsafe food can also have adverse effects on productivity, tourism and trade, and can result in economic losses through wastage, he said.

This could severely hurt profit in an industry where gross margins range between 5-15%, it said.

Hazards in the food chain

The infrastructure needed to ensure food safety throughout the entire production chain – such as refrigerated storage facilities – is lacking, and laws governing food safety are not keeping pace with the emerging trends, they said.

Konuma said that “once a hazard enters the food chain, it is not always possible to remove it,” making it necessary to implement safety measures across the entire process to ensure a product is safe to sell and consume.

Ishan Palit, chief executive at TUV SUD Global Product Services, said most checks are being done at the tail end of the chain, although more countries are hiring third-party firms to conduct tests at source.

“You don’t eliminate the risk but you reduce the risk of destruction of full batches when they come in,” he told Agence France-Presse.

“Strong control at the border is not good enough,” said Palit.

“Unlike an electronic device where each part can be stamped with a part number that is traceable to the factory where it came from – in food you cannot do that,” he said.

“Very few countries have a standalone food safety policy,” according to Konuma.

Relevant laws are under review in several countries, he said, noting that one of the key issues is the existence of separate legislation covering segments of the production chain, resulting in different levels of control.

“Implementation of these laws requires a more focused approach, especially in relation to food safety for domestic consumers. Currently in many countries the focus tends to be on food exports with the aim of ensuring increased market access,” he said.

Asia’s food safety standards need to reach international levels to match the significant amount of food it exports, either raw or processed, he added.

For Prabhakar, food safety in many Asian countries is “still a work in progress”. – Rappler.com