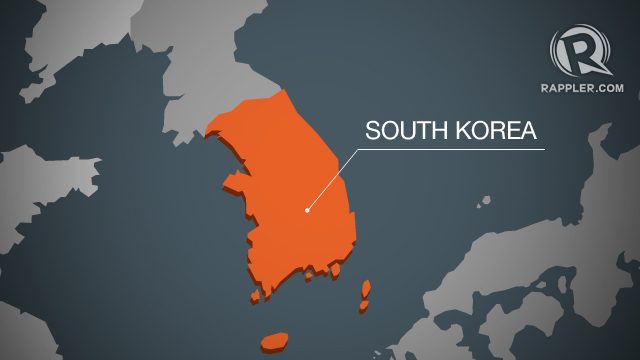 “There was an incident during a crackdown on illegal fishing by Chinese fishing boats,” a South Korean coastguard spokesman said.

He confirmed the fisherman’s death, but refused to specify the precise cause until a full autopsy had been performed.

The spokesman said live rounds had been fired during the incident, which took place Friday morning around 80 miles (130 kilometers) off the western island of Wangdeung in the Yellow Sea.

The South’s Yonhap news agency identified the dead man as a 45-year-old, surnamed Song, and said the coastguard had boarded his vessel in South Korea’s exclusive economic zone.

He was pronounced dead on arrival at a hospital in Mokpo on the mainland, where an emergency ward staffer at the hospital told AFP that X-rays had shown a bullet lodged in Song’s chest.

“His lungs were full of blood”, the staffer said.

The foreign ministry said it had informed the Chinese embassy in Seoul and expressed its condolences to the man’s relatives.

“We will monitor the investigation of the incident and will take follow-up measures if necessary”, a ministry official said.

A Chinese embassy official told China’s state-run People’s Net that “solemn representations” had been made to the Korean side over police use of lethal weapons.

“We call on the Korean side to carry out a thorough investigation of this matter,” the official said.

In an incident two years ago, a 44-year-old Chinese fisherman was fatally wounded by a rubber bullet after South Korean coastguards boarded his ship for illegal fishing.

China protested what it called an example of “violent law enforcement” and urged Seoul to bring the perpetrator to justice.

Illegal fishing by Chinese boats is common in South Korean waters, and scores of vessels are seized every year.

In December 2010 a Chinese boat overturned and sank in the Yellow Sea after ramming a South Korean coastguard vessel. Two Chinese crewmen were killed.

The following year, a coastguard officer was stabbed to death in a struggle with Chinese sailors. – Rappler.com