Jun 18, 2012 7:28 AM PHT
Agence France-Presse
Facebook Twitter Copy URL
Copied
The vote in favor of parties that backed a European Union-International Monetary Fund bailout for Athens came amid a wave of anti-austerity sentiment 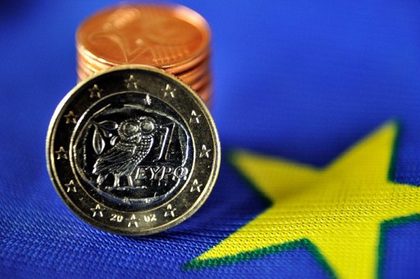 TOKYO, Japan – The euro soared against the dollar and yen in early Asian trade on Monday, June 18, after Greece’s two main pro-bailout parties clinched enough votes to form a government in knife-edge polls on Sunday.

The single currency bought $1.2738 and 100.70 yen, against $1.2644 and 99.47 yen in New York trading on Friday, after hitting multi-month lows in recent weeks amid uncertainty about Greece and the wider eurozone.

The vote in favor of parties that backed a European Union-International Monetary Fund bailout for Athens came amid a wave of anti-austerity sentiment, with fears growing ahead of the polls that the debt-hit nation may renege on its commitments and ultimately leave the 17-nation bloc.

Antonis Samaras, the leader of the conservative New Democracy party which preliminary official results showed in the lead with 30.04%, said after the vote that “the country does not have a minute to lose.”

“We ask all political forces which share the aim of keeping the country in the euro… to join a government of national unity.”

Samaras’s main rival Alexis Tsipras, head of the leftist anti-austerity party Syriza who had said a victory would mean renegotiating the rescue plan or tearing it up, conceded defeat and ruled out joining any coalition.

The EU and IMF pledged support to the next Greek government.

“We are hopeful that the election results will allow a government to be formed quickly,” said the presidents of the European Council and the chairman of the European Commission, Herman Van Rompuy and Jose Manuel Barroso.

“We will continue to stand by Greece as a member of the EU family and of the euro area,” they added, in a statement issued in the Mexican town of Los Cabos on the eve of the G20 summit of the world’s leading economic powers.

Greece has been forced to seek bailouts twice in recent years amounting to 347 billion euros ($442 billion).

In other Asian forex trade, the dollar climbed against the Japanese currency to 78.99 yen from 78.67 yen. – Agence France-Presse