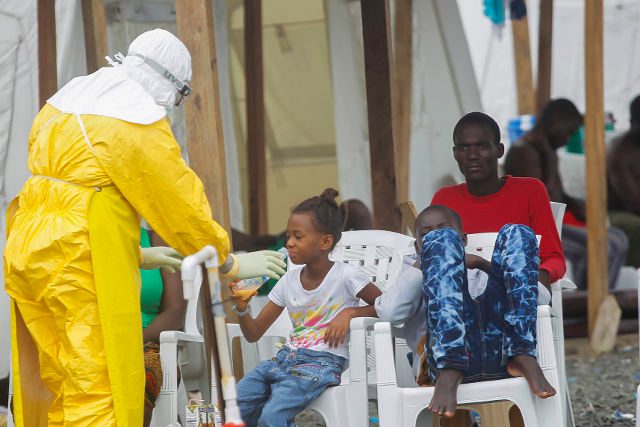 Facebook Twitter Copy URL
Copied
The number of cases is continuing to spiral in the three hardest-hit countries, Liberia, Sierra Leone and Guinea

“What we’re finding is 70% mortality,” said Bruce Aylward, assistant director-general of the WHO.

The number of cases is continuing to spiral in the three hardest-hit countries, Liberia, Sierra Leone and Guinea.

“It could reach 5,000 to 10,000 cases per week by the first week of December,” Aylward said, though he underlined that that was just a working forecast to help guide the international fight against the virus.

The overwhelming majority of the cases are still in Liberia, Sierra Leone and Guinea, Aylward said.

On paper, that suggests a survival rate of 50%, but the figures mask the true picture, he underlined.

“There are this many cases that we’re aware of, this many deaths that have been reported to us, but that doesn’t mean you divide one by the other and get how many this disease kills,” Aylward said.

“To get that number, you need to take a bunch of people, follow them right through the course of their disease, and understand how many survive. That subset of people, who we know were sick, and we know their final outcome, what we’re finding is 70% mortality, it’s almost the exact same number across the three countries,” he said.

“This is a high mortality disease in any circumstance, but especially in these places where it’s happening,” he added. – Rappler.com