Tens of thousands march for gay rights in Taiwan 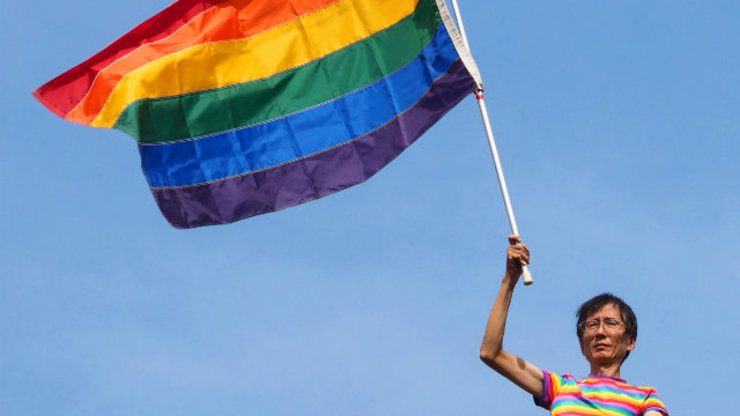 TAIPEI, Taiwan – Tens of thousands of people took to the streets of Taipei on Saturday, October 25, for Asia’s largest gay rights parade, with many urging parliament to push through a controversial bill recognizing same-sex marriage.

Supporters from Taiwan and abroad waved placards reading “equal marriage rights” and “support gay marriage” as they marched through the capital for the 12th annual “Walk in Queers’ Shoes” parade.

Gay and lesbian groups in Taiwan, one of Asia’s more liberal societies, have been urging the government for years to legalize same-sex marriage. Parliament started reviewing a bill on the issue last year.

But activists marching on Saturday expressed mixed opinions about the future of the bill, with some predicting it would not survive strong opposition from anti-gay marriage groups who staged a massive counter-rally late last year.

“Conservative forces have been lobbying hard against the bill and accused us of demanding privileges, when we are asking for equal rights,” said organiser Albert Yang.

But others, like graduate student Wang Chun-ling, were hopeful that Taiwan would join the global trend of recognising same-sex unions.

“Equal marriage right is a basic human right and I hope the conservative and religious groups will be more tolerant and less narrow-minded,” Wang said.

It’s a pressing matter for Cindy Su, a 33-year-old activist who tied the knot with her partner in Canada in June as they want to start a family soon.

“I hope the parliament will pass the bill soon because we want to have children and we need the legal status and protection. Even though we are married in Canada, legally we are strangers in Taiwan,” said Su, dressed in a white bridal gown.

Last year, around 65,000 gays and lesbians and their supporters marched in Taiwan in a record crowd to push for legalizing same-sex marriage and other rights, according to organizers who estimated a similar turnout this year.

“It’s impossible to have a gay parade or a mass rally of any kind in China so we are very envious of Taiwan,” said Jane Wang, a lesbian from Hangzhou in eastern China.

“I too hope that Taiwan can pass the same-sex marriage bill because legal recognition is symbolic and will get more people to accept homosexuality.” – Rappler.com