US teen dies from wounds inflicted by school shooter 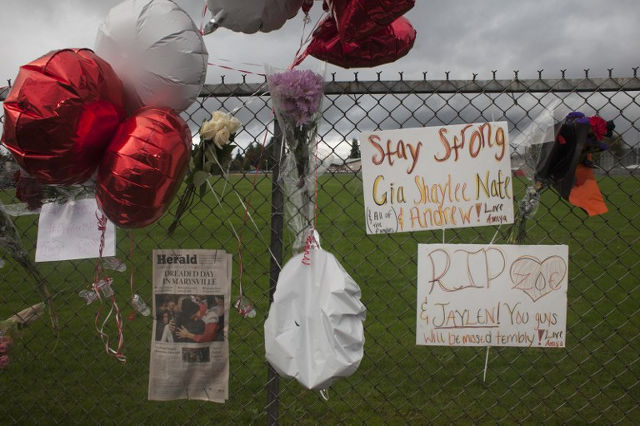 LOS ANGELES, USA (UPDATED) – A US teen who had been fighting for her life after a fellow high school student shot her in the head in a rampage Friday, October 24, has died, the hospital caring for her said.

Gia Soriano, 14, “passed away tonight as a result of her injuries,” Providence Regional Medical Center said.

Soriano is the second teen to die in the country’s latest shooting spree, in which a male student opened fire in a high school cafeteria in the northwestern state of Washington, gunning down one student before shooting himself dead.

In a brief statement, members of the Soriano family said they were “devastated by this senseless tragedy,” adding that “words cannot express how much we will miss her.”

Both male students were reportedly cousins of the shooter, Jaylen Fryberg, a popular first-year student at the Marysville-Pilchuck High School.

Providence hospital called for a moment of silence on Monday, October 27, at 10:39 a.m., the time of the shooting. – Rappler.com