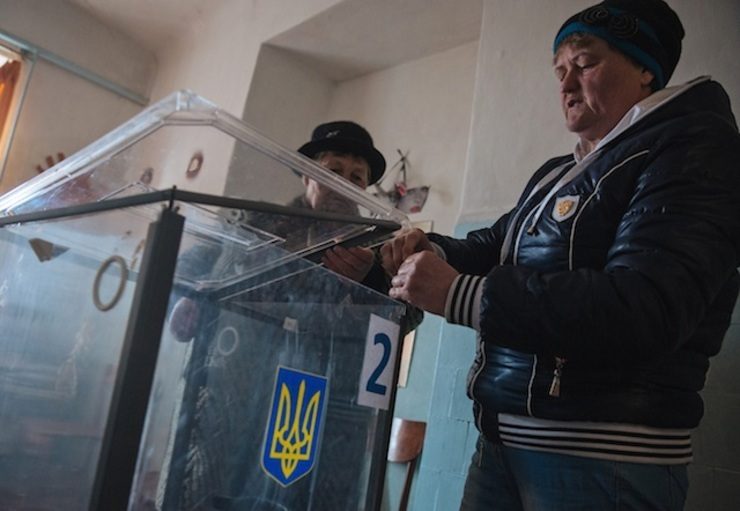 KIEV, Ukraine – The leaders of Ukraine, Germany and France on Friday, October 31, urged Russian President Vladimir Putin to not recognize leadership polls that pro-Russian separatists are planning to hold at the weekend in eastern Ukraine.

“Ukraine, Germany and France expressed a common and clear position that they do not recognize the polls planned by separatists… and urged Russia not to recognize these elections,” a statement by the Ukrainian presidency said.

The four leaders had the conversation shortly after Kiev and Moscow reached an EU-brokered gas accord late Thursday settling their months-long dispute.

Separatists who control eastern Ukraine’s Lugansk and Donetsk are due to hold a controversial leadership vote on Sunday.

Moscow has already welcomed the polls but Poroshenko said they would hurt the shaky peace process in the six-and-a-half month conflict that has killed over 3,700 people.

The EU and the US have both spoken out against Russia’s plan to recognize the vote, arguing that the election would go against the September 5 truce agreement between Kiev and the rebels overseen by Moscow in the Belarussian capital Minsk.

The Kremlin said in a statement that the four leaders agreed in the call that the ceasefire deal should be observed while Moscow called for “dialogue” between Kiev and the separatists in the Donetsk and Lugansk regions. – Rappler.com