JAKARTA, Indonesia — With a wife who eschews designer outfits and a daughter happy to queue at public health clinics, Indonesian President Joko “Jokowi” Widodo’s family are setting a modest example in a region where leaders’ relatives are better known for greed and corruption.

Southeast Asia’s ruling families have not generally espoused austerity — from the controversial children of late Indonesian dictator Suharto to the wife of Malaysia’s premier, who is criticized as a spendthrift, and the excesses of Brunei’s royals.

In contrast, the wife, daughter, and two sons of Jokowi, appear humble and down to earth, more representative of the country’s rapidly emerging middle class than an aloof elite.

“Even now Jokowi has been elected president, they still want to live like other ordinary people,” Anggit Noegroho, a friend of Jokowi’s who helped him during numerous political campaigns and has known the family for a decade, told AFP.

They present the same image as 53-year-old Jokowi himself, Indonesia’s first president from outside the political and military elites, who rose from a modest background and has pledged clean governance in one of the world’s most corrupt countries.

However observers caution that it could be tough going for a family unused to intense public scrutiny — and point out it is not hard for them to look good, given what went before.

The children of Jokowi’s predecessor, ex-general Susilo Bambang Yudhoyono, sometimes courted controversy, with one of his sons having to fend off accusations of corruption, but it was the offspring of Suharto who provoke the most anger in Indonesia.

His 6 children allegedly amassed fortunes by enjoying privileged access to lucrative business deals during his three-decade rule, which was marked by massive corruption. He was toppled in 1998 by the Asian financial crisis.

The most controversial is youngest son Hutomo Mandala Putra, popularly known as Tommy.

A playboy with a taste for flashy cars, he served 4 years of a 15-year prison term for hiring hitmen to murder a judge who had sentenced him to jail for corruption. He was released in 2006. 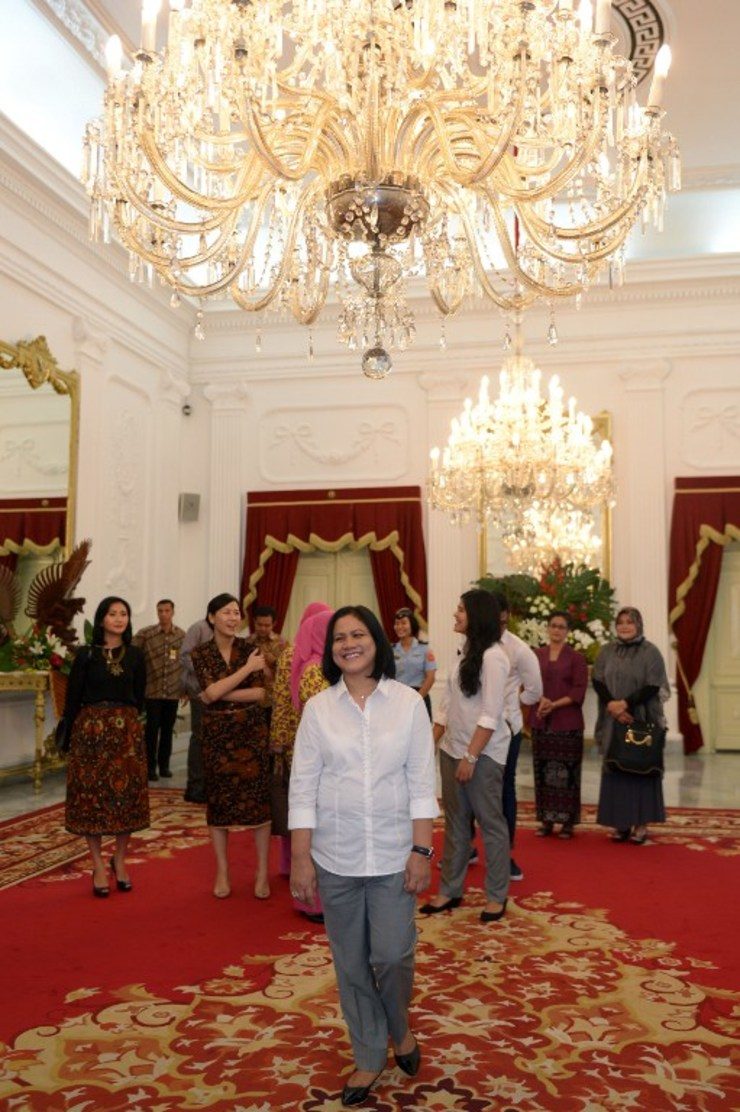 When it comes to Jokowi’s family, his wife Iriana, 51, has forgone the designer clothes and fancy handbags beloved of many first ladies, normally opting for plain shirts and trousers.

His eldest son has set up a catering business in the family’s hometown of Solo, in Central Java, and drives a Mazda hatchback.

While his family spent several days in Jakarta before Jokowi’s October 20 inauguration, the 27-year-old did not leave until the day before due to his heavy workload.

“I will be able to leave the city only once my catering jobs are done,” he told the Jakarta Post newspaper.

When Jokowi’s daughter, Kahiyang Ayu, injured her hand, the 23-year-old reportedly insisted on being taken to a community health center instead of an expensive private clinic and waited to be seen by a doctor.

A blog by Jokowi’s youngest son, 17-year-old Kaesang Pangarep, has shone a light on the first family’s private life, with tales of his father playing practical jokes and worries about what to wear to school adding to the sense they are just normal, middle-class folk.

The family is not poor — Jokowi used to be a successful businessman — and one area where they have splashed out is the children’s education. The two sons both attended high school in Singapore, while the eldest did business courses in the city-state and Australia.

Even in wealthy Singapore however, the youngest son said that his parents did not spoil him.

“I very rarely take the MRT [subway] because it is more expensive than a bus ride,” he wrote on his blog during his time in the city-state, adding that his mother had refused to increase his meagre pocket money allowance.

He said that his mother told him: “Your pocket money shouldn’t be a lot, so that you know the misery of living in another country.”

While they have mostly been praised by the public and media, it is still early days for the family and there are already signs that everything might not run smoothly.

The eldest son faced criticism recently for responding angrily to reporters’ questions about why he did not appear with his father during the presidential campaign.