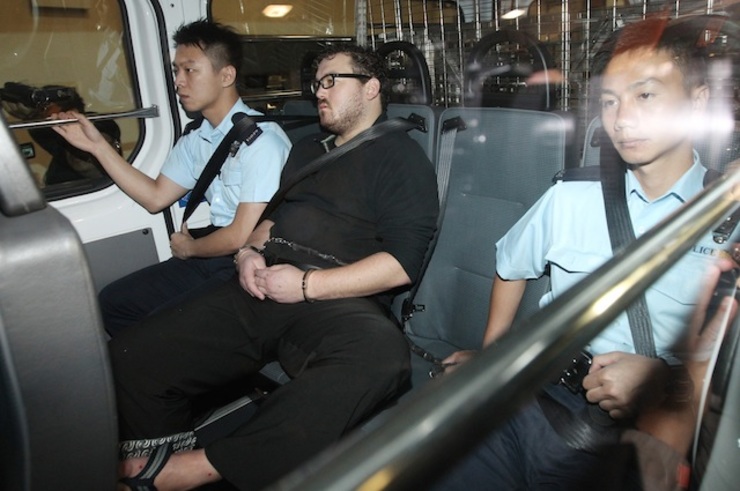 HONG KONG – The second victim in a gruesome double murder for which a British banker has been charged was an Indonesian domestic worker, consulate officials said Tuesday, November 4.

Rurik Jutting, 29, a securities trader who until recently worked at Bank of America Merrill Lynch, was charged with the killings after police found two bodies at his upmarket apartment on Saturday, November 1.

Seneng Mujiasih, 29 – who also went by the name of Jesse Lorena – was the previously unnamed victim, the Indonesian consulate told Agence France-Presse.

Court documents at Jutting’s first appearance on Monday, November 3, had listed her identity as “unknown”, although local media had widely used her pseudonym.

“She came from Muna, Northern Sulawesi. She was a holder of (an) employment visa, but only until 2012,” deputy consul-general Rafail Walangitan told Agence France-Presse.

Her employment contract was as a domestic worker and ran from 2010 to 2012, Walangitan said.

“We did not know her status since that time,” he said.

Mujiasih was found naked with knife wounds to her neck and buttocks in the living room of Jutting’s apartment after he called police.

Another Indonesian victim in her 20s, Sumarti Ningsih, was found mutilated and decomposing in a suitcase on the apartment’s balcony.

According to court documents, Ningsih was killed on October 27.

Consulate officials said she had come to Hong Kong on September 1 and overstayed her one-month tourist visa.

Police reportedly believe the victims were sex workers, but Ningsih’s distraught father told Agence France-Presse on Tuesday that she had come to Hong Kong to work in a restaurant.

He demanded the death penalty for her killer – although Hong Kong does not carry out capital punishment.

“I want the murderer of my child to be sentenced to death. He killed her, sadistically, so he must be put to death,” said Ahmad Kaliman, 58, speaking in Cilacap, a port town on the south coast of Java. – Rappler.com