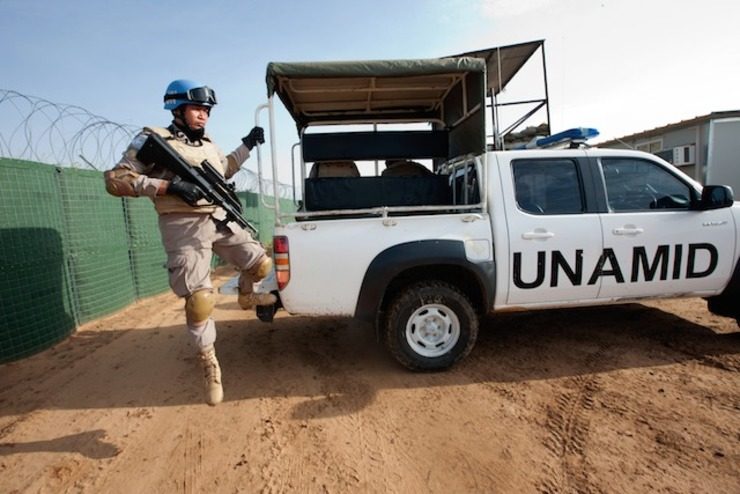 KHARTOUM, Sudan – Sudanese troops have denied peacekeepers access to a Darfur town when they tried to investigate media reports of a “mass rape” attack, the United Nations said on Wednesday, November 5.

A patrol from the UN-African Union Mission (UNAMID) travelled Tuesday, November 4, to Tabit, 45 km (27 miles) from the North Darfur state capital El Fasher, where local media had reported the “mass rape” of 200 women and girls.

“The patrol was denied access at the outskirts of the town by Sudanese military at a checkpoint. Attempts to negotiate access to Tabit were unfruitful,” UNAMID said in a statement.

Its peacekeepers travelled to a camp for displaced persons in the area where media reports said residents of the town fled after the reported attack but found “no recent displacement from Tabit,” UNAMID said.

North Darfur’s state prosecutor told UN officials “not a single complaint about any rape incident was received from Tabit,” the statement added.

UNAMID gave no further details of the incident in the war-torn western region of Sudan in its statement, and it was not possible to independently verify the reports.

The UN also urged Khartoum to grant it “unhindered access to all Darfur, especially to areas where alleged incidents affecting civilians have been reported”.

Violence in Darfur which UNAMID has attributed to government-linked forces, rebel offensives and inter-communal fighting rose to its worst level in a decade at the beginning of 2014.

UNAMID deployed to Darfur in 2007 to protect civilians and secure humanitarian aid, but last month an investigation by the UN criticized the mission for under-reporting crimes in the region.

More than 300,000 people have been killed in some 11 years of conflict in the region, with another two million displaced, the UN says. – Rappler.com