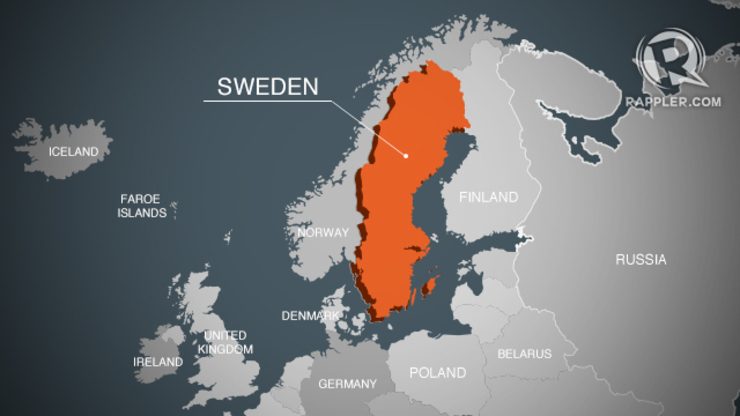 Facebook Twitter Copy URL
Copied
A passenger named Samson tells public broadcaster Sveriges Television how the bus driver had pointed at him and ordered him off the vehicle, apparently because he was black.

STOCKHOLM, Sweden – A Swedish bus driver has been sacked for forcing black people off her bus, a local official said Wednesday, November 12, highlighting lingering xenophobia in a country traditionally known for tolerance.

The driver reportedly refused to pick up passengers who looked foreign in a string of incidents in the Lapland town of Kiruna, which are now being investigated by police.

Transport official Magdalena Waapling confirmed to Agence France-Presse (AFP) one incident in which the driver asked 3 people to get off the bus “because of the color of their skin.”

“The bus driver has left the company…We demand that companies providing local services respect our values – every person must be treated equally,” she said.

According to a local television news report, the driver, who has since between sacked, repeatedly refused entry to minorities and had failed to stop for foreign-looking passengers at snowy bus stops around the Arctic town on several occasions.

Temperatures in the town regularly drop below minus 20 degrees Celsius (minus 5 Fahrenheit) in winter.

A passenger named Samson told public broadcaster Sveriges Television how the bus driver had pointed at him and ordered him off the vehicle, apparently because he was black.

“I didn’t feel good. Even now, talking about it, I don’t feel good,” he said with tears in his eyes.

Another passenger, who wished to remain anonymous, said the driver told him to “get off the bus” and when he asked why she replied, “Because you are a black man.”

The reports, which were receiving a great deal of attention Wednesday in the Swedish media, come amid fears of growing xenophobia in the country.

Ironically Kiruna is often seen as an example of successful integration of newly arrived refugees with 52 percent in work, helped by the fact that the town of 20,000 people is built on top of the world’s largest underground iron ore mine.

It holds the balance of power in local authorities in much of southern Sweden but has less support in northern areas which are threatened by depopulation and labour shortages.

It was the only party to campaign for Sweden to limit its intake of refugees amid record numbers of applications, expected to reach 80,000 to 105,000 in 2015.

The numbers have been boosted in the last year due to a pledge by the government to offer permanent residency to all Syrian refugees that arrive in Sweden. – Rappler.com