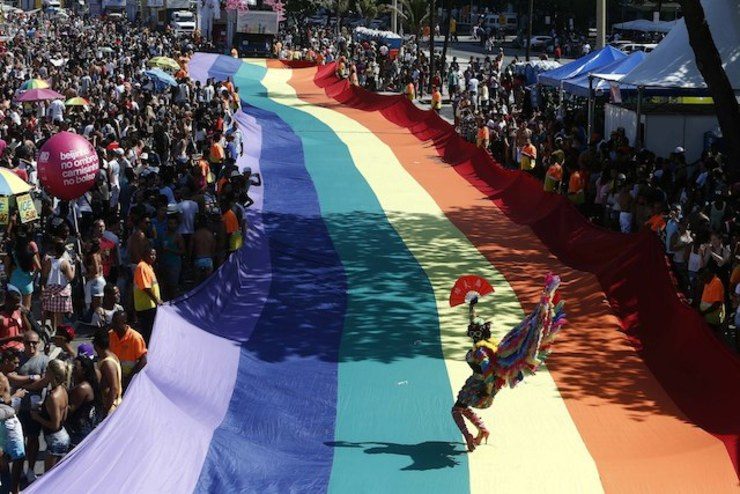 Under the slogan “A million voices!” gays, lesbians, transvestites, transsexuals and supporters marched along Copacabana beach.

“It is important for people to understand their rights, and to speak out against homophobia,” said Carlos Tufvesson, one of the event organizers.

More than a million people had been expected for the event. Forty-seven people were arrested – mainly for stealing cellular phones, sunglasses and jewelry, police said.

Brazil recorded 312 murders of people in the gay community last year. The country averages about 300 murders motivated by sexual orientation a year.

Around 40% of recorded crimes against gays in South America occur in Brazil.

For years, lawmakers in the mostly Roman Catholic and socially conservative country have opposed a bill to criminalize homophobia.

But the country’s highest court has recently taken steps in favor of gay rights.

In 2011, the Supreme Court recognized gay unions, which are now afforded the same rights as heterosexual couples.