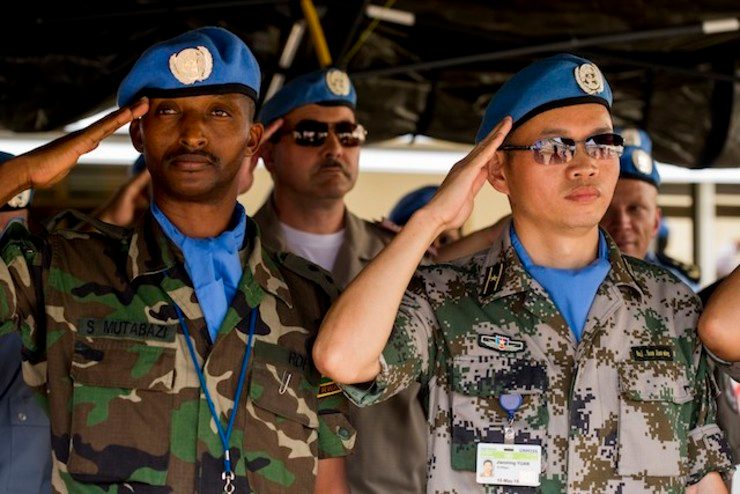 Facebook Twitter Copy URL
Copied
Rarely have the much-vaunted 'blue helmets' been under such strain, prompting a push at the UN to rethink peacekeeping as the world struggles with a record number of crises

UNITED NATIONS – Dozens of UN peacekeepers have been killed in northern Mali and kidnapped on Syria’s Golan in recent months, while in South Sudan they shelter 100,000 civilians fleeing merciless fighting.

Rarely have the much-vaunted “blue helmets” been under such strain, prompting a push at the UN to rethink peacekeeping as the world struggles with a record number of crises.

A former president and resistance leader from East Timor, Ramos-Horta began work this week with the panel that will look at improving peace operations worldwide and getting donors – of troops and cash – to boost their support.

“The whole peacekeeping situation has changed dramatically for the worse in some aspects,” Ramos-Horta told Agence France-Presse in an interview at UN headquarters.

In conflicts worldwide, rogue armed groups are on the rise and state institutions are collapsing while member-states are pressuring the United Nations to reduce costs, he said.

“The United Nations has become a scapegoat for the collective inability of the international community to anticipate the new complex challenges that were not there 15 years ago.”

For the first time in its 66-year-history, UN peacekeeping has seen its budget balloon beyond $8 billion while the number of troops serving under the UN flag has reached an all-time high of 130,000 – up from 20,000 15 years ago.

Of the 16 current missions, eight are in Africa including the 20,000-strong operation in the eastern Democratic Republic of Congo, the UN’s biggest.

Ramos-Horta said the panel will be looking at whether emerging powers – China, Brazil, India, Turkey, Egypt – can step up with greater contributions, be it financial support, troops, or logistics. 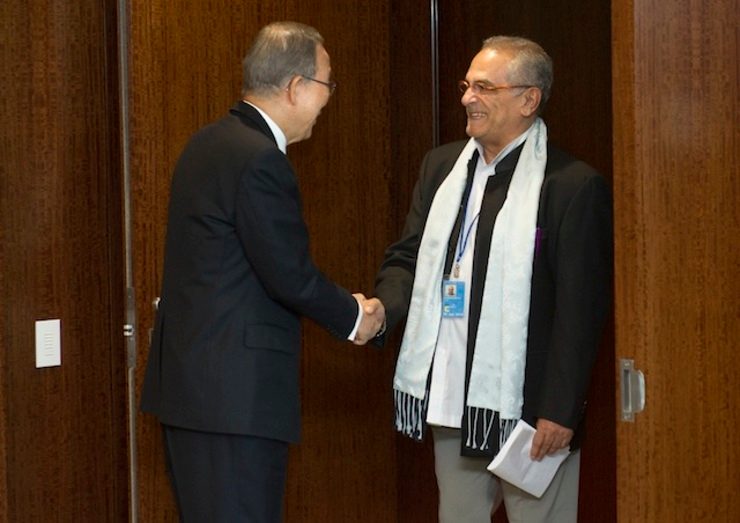 The 15 panel members will look closely at the imbalance between rich countries that fund peace operations – the United States, Japan, France – and those that contribute manpower such as Bangladesh, Pakistan and India.

“You have to understand the fatigue, the drain on traditional donors,” he said. “We can re-energize support for the UN.”

This year, the Philippines pulled out of the UN mission serving in the Israeli-Syrian buffer zone on the Golan Heights after Syrian rebels surrounded its troops and demanded they surrender their weapons.

In northern Mali, a string of brazen attacks have left 31 peacekeepers dead since the mission was deployed in July last year, with Niger and Chad suffering heavy losses.

Peace operations already have evolved from simple policing of a ceasefire line to a more robust “warrior peacekeeper” stance that has stirred unease among some troop-contributing countries.

The panel plans to travel to those countries to hear their grievances and to NATO headquarters in Brussels to try to convince the alliance to help bolster UN operations.

Members will be talking to the African Union, and the West Africa ECOWAS grouping to see how African troops, many of whom are poorly trained and accused of rights abuses, can take part.

Already a string of studies have been commissioned to think tanks and in-house experts at the UN are being tapped to generate what Ramos-Horta has described as “innovative, creative proposals” on making missions more effective.

The review is to be presented to the UN General Assembly during its annual high-level gathering next September and to the Security Council.

“There is no substitute for peacekeeping,” said Ramos-Horta.

No organization aside from NATO has a standing army and “no one has come up with a better concept” for helping countries overcome conflict and get back on the road to peace, he said. – Rappler.com