Iran open to extending nuclear talks by up to one year 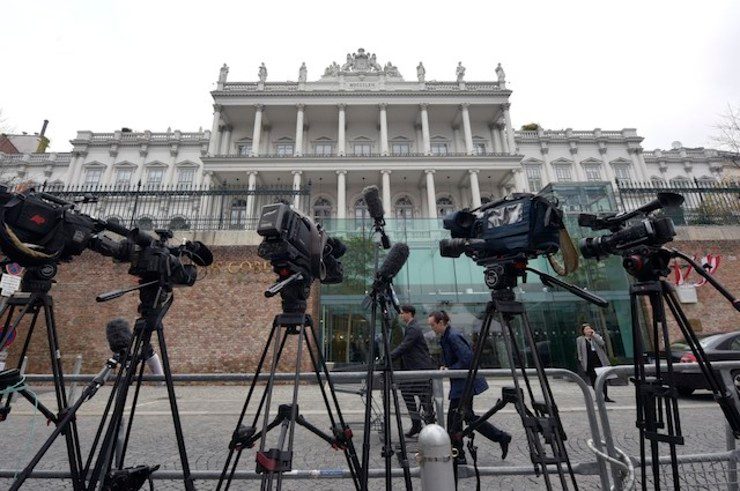 VIENNA, Austria (2nd UPDATE) – The United States and Iran sought Sunday, November 23, to bridge gaps in negotiations on the eve of a deadline for a nuclear deal, as Iran signaled it was open to extending the talks by up to a year.

US Secretary of State John Kerry went into a 5th round of talks in Vienna with his Iranian counterpart Mohammad Javad Zarif ahead of Monday’s (November 24) deadline.

The two key players in the protracted on-off negotiations have been trying since Thursday, November 20, to secure a deal that would curb Iran’s disputed nuclear activities in exchange for broad relief from punishing international sanctions.

It could end a 12-year standoff that has even raised the prospect of Israeli military strikes on Iranian nuclear facilities. Kerry spoke to Israel’s Prime Minister Benjamin Netanyahu by phone on Saturday, November 22.

“We’re working hard,” Kerry said Saturday in Vienna. “And we hope we’re making careful progress, but we have big gaps, we still have some serious gaps, which we’re working to close.”

German Foreign Minister Frank-Walter Steinmeier, also in the Austrian capital, called the weekend of talks a “moment of truth”.

‘We must avoid confrontation’

An Iranian source told Agence France-Presse that Tehran is open to having the nuclear negotiations extended by 6 months or a year if no real progress towards an agreement is achieved later Sunday.

Such an extension would be under the terms of an interim accord reached in Geneva a year ago that traded a temporary freeze on some aspects of Iran’s nuclear activities for limited sanctions relief, the source said.

“We are still focused on agreeing to a kind of political” understanding which would not be written but which would allow for negotiators to fine-tune technical aspects of the agreement later, the source said.

“But if between now and this afternoon or this evening we don’t get there, the solution is we consider an extension of the Geneva accord,” he said.

“That could be for a period of 6 months or a year. We must absolutely avoid a climate of confrontation with escalation from one side and the other,” the source said.

The five permanent members of the UN Security Council – Britain, China, France, Russia and United States plus Germany – the so-called P5+1 – have been locked in talks with Iran since February to turn the interim Geneva accord into a lasting agreement.

Such a deal is aimed at easing fears that Tehran will develop nuclear weapons under the guise of its civilian activities.

The Islamic Republic hotly denies it wants to build the bomb and insists its program is entirely peaceful.

A European source at the talks said there had been “no significant progress” and that “the chances of getting a deal are pretty reduced”.

“In order to get a deal the Iranians will have to budge in a rather substantial manner,” he said.

Many experts believe that the deadline may be extended, as happened with an earlier cut-off point on July 20, but officials insist that this is not on the table – yet.

However, a senior US official said late Saturday that the aim was still to reach a deal by Monday night “but we are discussing both internally and with our partners a range of options”.

British Foreign Secretary Philip Hammond and his French counterpart Laurent Fabius also joined the talks on Friday. Both have since left but were expected to return. 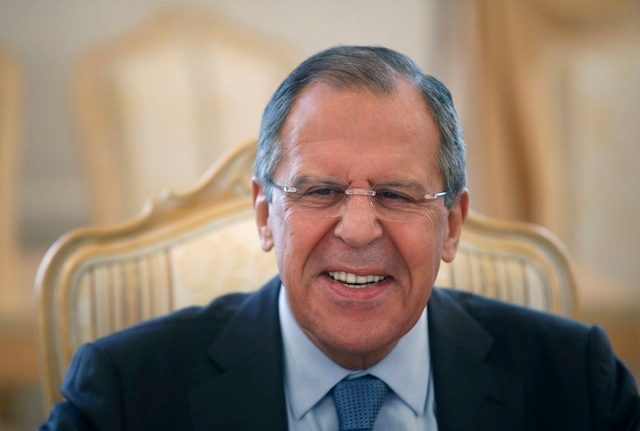 Some areas under discussion appear provisionally settled in what would be a highly complex deal that would run for many years, even decades.

But two key issues remain: the enrichment process that renders uranium suitable for peaceful uses but also at high purities for an atomic weapon; and the pace of the lifting of sanctions against Iran.

The OPEC member has been hard hit by the sanctions, coupled with a slide in oil prices.

Tehran wants to massively ramp up the number of enrichment centrifuges – in order, it says, to make fuel for future reactors – while the West wants them dramatically reduced. – Rappler.com