Facebook Twitter Copy URL
Copied
Online freedom declines in Indonesia, 3 foreign vessels set to be sunk in Riau, an order to install GPS devices on all Jakarta cabs, and more

JAKARTA, Indonesia – The confusing reports on whether former Vice President Boediono has been named a corruption suspect and a global report noting the decline in Internet freedom in Indonesia lead our wrap of stories from the past day.

1. Is former Vice President Boediono a corruption suspect or not?

A story from state news agency Antara late on Thursday, December 4, said Corruption Eradication Commission (KPK) deputy chairman Adnan Pandu Praja mentioned in a speech in Riau that former Vice President Boediono had been named a corruption suspect. That’s not how KPK usually makes a high-profile announcement, but journalists probably assumed he made a slip and ran with it. KPK spokesperson Johan Budi was quick to deny it, saying they haven’t named any new suspects in the case Boediono is implicated in: The controversial 2008 bailout of Bank Century. In July, former Bank Indonesia deputy governor Budi Mulya was sentenced to 10 years in jail over the case. But sources tell Rappler a new suspect will be named in the case soon. Internet freedom in Indonesia dipped slightly over the past year, according to a global survey by the non-government watchdog group Freedom House. Indonesia received a score of 42 in this year’s report, one notch down the 41 it received the year before. The report noted defamation charges filed under the notorious Information and Electronic Transactions Law increased from 10 in 2012 to 17 in 2013. If this is the case, Indonesia’s score next year could be worse as 40 such charges were filed in the first 10 months of 2014. Communications Minister Rudiantara says they’re looking at ways to “fix” this law.

But it’s not just in Indonesia: online freedom declined in 36 of 65 countries surveyed, and 41 passed or proposed laws to criminalize or limit online speech or to expand surveillance between May 2013 and May 2014, the report said. Read the story on Rappler.

The Hartono brothers who own Bank Central Asia and the Djarum Group still reign supreme over Indonesia’s ultra rich, according to the latest Forbes list of 50 richest Indonesians. In fact, even if you split their $16.5 billion wealth between the two of them, they would both still be richer than the second on the list: Susilo Wonowidjojo and family, who own Gudang Garam. They saw their fortunes increase from $5.3 billion last year to $8 billion this year, pushing them up the list from number 4 to number 2. Who else is on the list? Read the story from Rappler.

4. Indonesia is really doing it: 3 foreign ships will be sunk for illegal fishing 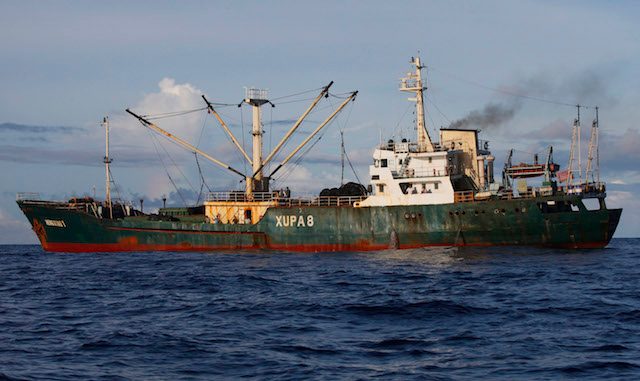 On Saturday, December 6, the government says it will sink 3 foreign vessels that were caught illegally fishing in Indonesian waters. Their final resting place will be the waters near Matak Island in Anambas Regency, Riau. “We will sink several vessels to show stern government action against illegal [fishing],” Coordinating Political, Legal and Security Affairs Minister Tedjo Edhy Purdijatno said on Thursday, according to the Jakarta Post.

But apparently, this isn’t a new thing: the ministry sank 33 of 38 foreign vessels caught trespassing in the country’s waters between 2007 and 2012, most from Vietnam. The minister said the 2009 Fisheries Law allows the military and the police to carry out specific actions such as burning or sinking foreign vessels caught fishing illegally in Indonesian waters. Again, no fishermen will be on the boat when they sink it.

5. To improve safety, Jakarta wants GPS installed in all cabs 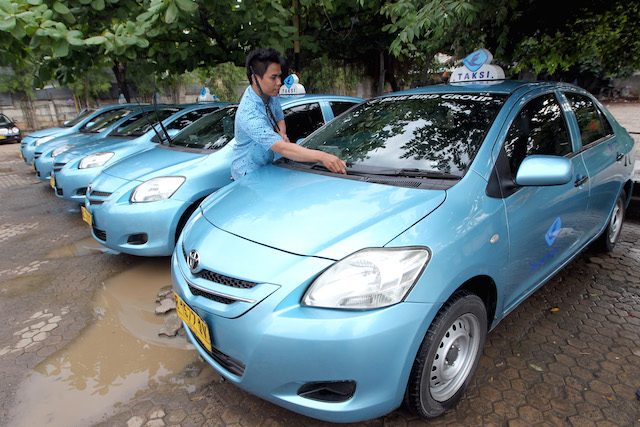 After reports of mugging in cabs in Jakarta the past week, Jakarta Governor Basuki “Ahok” Tjahaja Purnama ordered taxi companies to install GPS devices in every car. If they don’t, their license can be revoked, Tempo.co reported. In the reported incidents this week, passengers say the robbers were hiding in the trunk of the car and came out from behind the backseat to force them to give their money. The victims said the taxi was a white car that looked like an Express cab. – Rappler.com