IN PHOTOS: Rebuilding a city swept away by a tsunami Facebook Twitter Copy URL
Copied
Ten years on, we look back at the beginnings of the massive rehabilitation and reconstruction process undertaken after the tsunami devastated Aceh

JAKARTA, Indonesia — In February 2005, a little over a month after the devastating tsunami left many parts of Aceh unrecognizable, the government declared the emergency relief situation over.

The massive rehabilitation and reconstruction efforts, unlike any the government had done before, were set to begin. So many had to be built and rebuilt: shelters for refugees, schools, public facilities, and house of worships, among others.

But beyond rebuilding roads and buildings, aid agencies said the biggest challenge was to help the survivors become self-sufficient again.

An estimated 400,000 people lost not only their loved ones and homes but also their jobs, with many escaping with nothing more than the clothes on their back.

All photos by AFP and EPA. 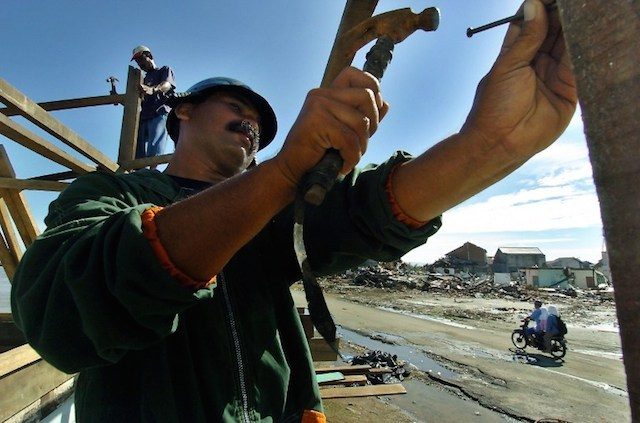