JAKARTA, Indonesia – The latest actions in Indonesia fight against illegal fishing and a proposal to stop importing low-octane fuel lead today’s wrap of stories from Indonesia. After sinking 3 Vietnamese boats, the Indonesian Navy on Sunday, December 21, blew up and sank another two foreign-flagged boats as part of President Joko “Jokowi” Widodo’s fight against illegal fishing. The two Papua New Guinea-flagged ships – KIA Century 4 and KIA Century 7 – were caught illegally fishing in the waters of Maluku on December 7. On board the two ships were 243 tons of fish that authorities say will be auctioned. The 72 foreign crew on board – Thai and Cambodians – have been arrested. They were caught with 4 other ships, which would also meet the same fate, according to local media reports.

2. Should Indonesia end imports of low-octane fuel? Reform team says it should Indonesia is the only country that still imports 88-octane fuel and is thus vulnerable to cartels that could make fuel more expensive that it should be, according to the Oil and Gas Governance Reform Team created by the Ministry of Energy and Natural Resources to combat the oil and gas mafia in the country. The low-octane fuel is sold by state-owned oil company Pertamina as the subsidized Premium fuel, while the regular 92-octane fuel is sold as Pertamax. Faisal Basri, the head of the team, recommends Indonesia eliminate the low-octane imports over the next 5 months and stick to the 92-octane fuel that most countries use, Tempo.co and Kompas.com report. Commuters complain it has only shifted – not reduced – traffic congestion to other roads, and others complain of inconveniences it has caused to delivery services, but former Jakarta Governor Sutiyoso supports the motorcycle ban been tested along the key Central Jakarta stretch of road between Jalan Thamrin and Jalan Merdeka Barat. The trial began on December 17 and will be promoted for a month before traffic enforcers begin imposing fines. If it works out well, the Jakarta administration says it will expand the policy to other roads. 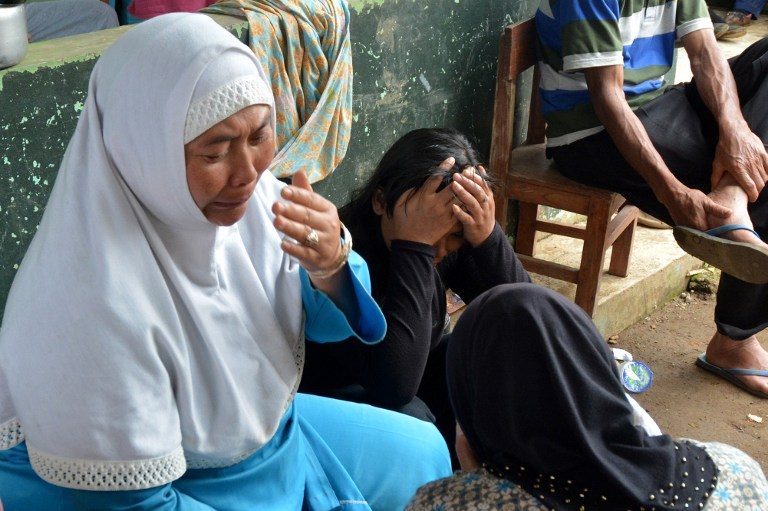 Rescuers on Sunday ended their search for victims of the landslide in Banjarnegara, Central Java, with 95 bodies found and 13 still missing. Hundreds of rescuers had been digging with shovels through mud and rubble since the landslide swept down a hillside and buried scores of houses in Jemblung village on December 12. National disaster agency spokesman Sutopo Purwo Nugroho told AFP the families of victims agreed to halt the search due to rainy weather and the threat of more landslides. Around 2,000 other residents have been evacuated to temporary shelters, and the focus would be on relocating them.

The “Mabuhay! Merdeka!: Snapshots of 65 Years of Philippines-Indonesia Friendship” photo exhibition opened on Monday, December 22, at the Museum of the Declaration of Independence in Central Jakarta. The exhibit organized by the Philippine embassy, in coordination with the Indonesian Ministry of Foreign Affairs and the museum itself, celebrates the 65th anniversary of the establishment of relations between the Philippines and Indonesia, state news agency Antara reported. Earlier this year, Filipino food festivals were also held at the Shangri-la Hotel and Hotel Borobudur, as well as a Barong-Batik fashion show, to promote Philippine culture and cuisine. The photo exhibit runs until December 31. – with a report from Agence France-Presse/Rappler.com