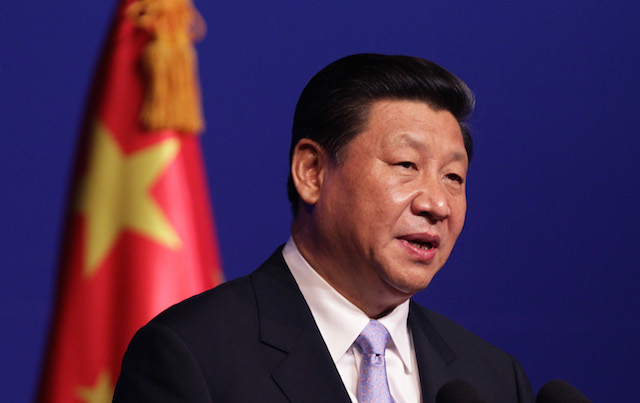 BEIJING, China – A Chinese city is attempting to force its 8 million residents to memorise and recite a series of “socialist values,” state-media reported Friday, December 26, with spot-checks to ensure conformity.

The central Chinese city of Wuhan is calling on “all residents to internalise” 12 “core socialist values,” which are part of an ideological campaign by China’s ruling Communist party, reported the Global Times tabloid.

The city will hold “mandatory recitation sessions,” the report said, with students told that “officials from central government” would check up on them.

“We held a class meeting to check if we could remember (the core socialist values),” a graduate student at a local university told the newspaper. “No one could leave until we could recite them all.”

“If anyone failed to recite them when the school checked, they would lose their scholarship for next year,” another student said.

Chinese President Xi Jinping has pushed the “socialist values” campaign since taking office last year, in an attempt to shore-up support for the Communist party.

The values include “wealth and power,” “patriotism,” and “harmony,” as well as some terms which the Communist party defines differently from the West, such as “democracy,” and “rule of law.”

Despite the mandatory campaign, the values also include “freedom”.

China has relaxed controls on ideology since the Communist excesses of the Mao Zedong era, but government officials regularly say that “Western” liberalism is inappropriate for China.

All Chinese students up to postgraduate level are already required to attend political classes which require them to memorise Communist party ideology.

At one recent recitation meeting involving Wuhan city officials, cell phone signals were blocked, apparently to prevent distractions as the values were read out, the Global Times said, citing a local newspaper.

It added that the campaign is part of an attempt by city officials to bid for the title of “national civilized city.”

The Communist party’s Central Civilization Office kicked off the campaign in November, with 95 cities evaluated on criteria including their “moral environments,” it said. – Rappler.com