Israel ‘won’t let its soldiers be dragged to the ICC’: PM 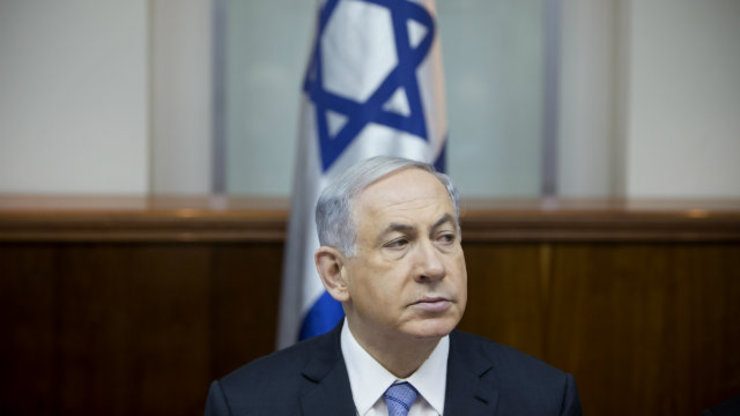 JERUSALEM – Israel will not permit its soldiers to be hauled in front of the International Criminal Court on potential war crimes charges, Prime Minister Benjamin Netanyahu said on Sunday, January 5, 2015.

“We will not let Israel Defense Forces (IDF) soldiers and officers be dragged to the International Criminal Court in The Hague,” Netanyahu said at the start of the weekly cabinet meeting, two days after the Palestinians filed a controversial application to become a party to the court.

His remarks were made after Israel froze the transfer of half a billion shekels ($127 million/106 million euros) in tax revenues to the Palestinian Authority in the first of what officials said would be a series of punitive steps following the Palestinian move.

Israel often freezes the transfer of funds as a punitive measure in response to Palestinian diplomatic or political developments it views as harmful.

“The Palestinian Authority has chosen to take a path of confrontation with Israel, and we will not sit idly by,” Netanyahu warned, vowing to defend Israeli military personnel from possible prosecution by the court.

The ICC can prosecute individuals accused of genocide, crimes against humanity and war crimes committed since July 1, 2002, when the court’s founding treaty, the Rome Statute, came into force.

He said the Palestinian leadership should be put on trial before the ICC for signing a 2014 reconciliation agreement with the Islamist Hamas movement which led to the establishment of a national consensus government.

“Those who should face justice are the heads of the Palestinian Authority who signed a covenant with the war criminals of Hamas,” he said.

Hamas’s charter calls for the eventual destruction of Israel and the establishment of an Islamic state on the pre-1948 borders of British-mandated Palestine.

Every month, in line with an agreement signed between the two sides in 1994, Israel transfers to the Palestinian Authority tens of millions of dollars in customs duties levied on goods destined for Palestinian markets that transit through Israeli ports.