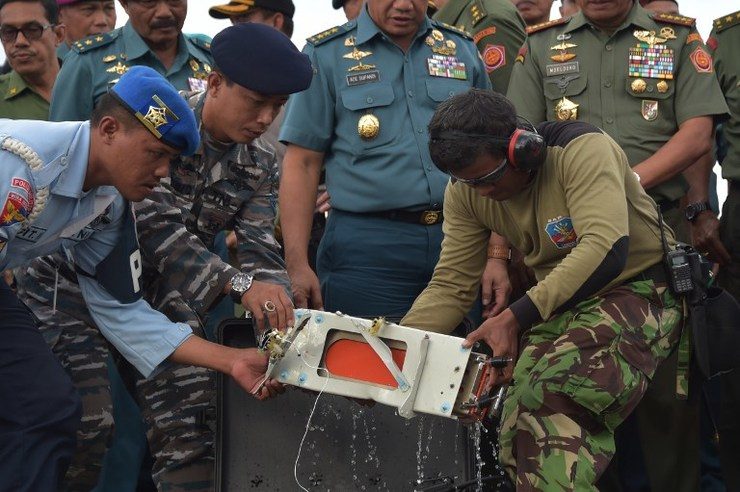 JAKARTA, Indonesia – The latest AirAsia news and the cancellation of the Jakarta monorail project lead our wrap of stories from Indonesia today.

The two black boxes in the AirAsia jet that crashed on December 28 have now been recovered but a preliminary report on what caused the accident will only come out after about a month, officials say. However, there are already some new details out on what happened: A rapid change in pressure caused the plane to “explode” as it hit the water. “It exploded because of the pressure,” said S.B Supriyadi, a director from the search and rescue agency. “The cabin was pressurized and before the pressure of the cabin could be adjusted, it went down – boom. That explosion was heard in the area.” Read the latest AirAsia story on Rappler.com. After more than 2 weeks of tirelessly searching the waters of the Java Sea for the wreckage of AirAsia flight QZ8501, even during rough weather, a group of Indonesian Navy divers were on Monday, January 12, given a IDR100 million ($7,900) reward by Indonesian armed forces chief Gen. Moeldoko, according to various local media reports. The general called it a “vitamin”, to give the divers a boost as they continue the search for the main body of the plane, where most of the passengers are believed to still be in. However, as 81 of them will share the money, each one will only actually get a vitamin shot worth slightly less than $100.
3. Sorry, Jakarta: Monorail project gets cancelled again 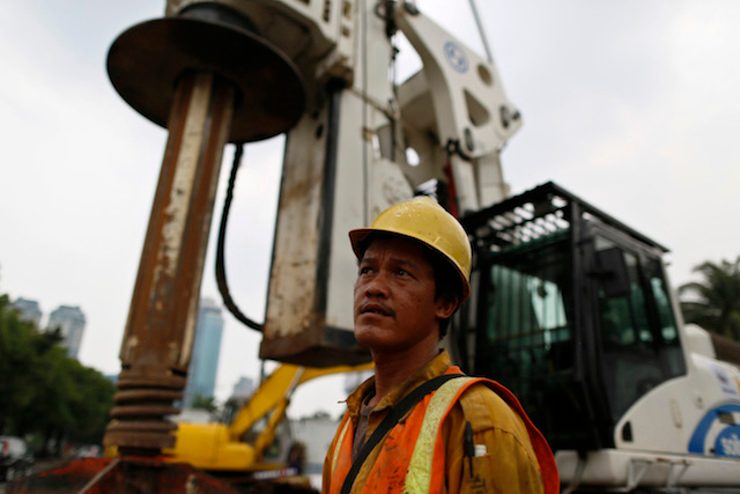 It’s been 10 years now since Jakarta started constructing a monorail but the second atttempt to construct it appears to be coming to a premature end as well. After months of wrangling with the developer, PT Jakarta Monorail (JM), over issues like routes and station and depot locations, Jakarta Governor Basuki “Ahok” Tjahaja Purnama on Monday finally said the government will terminate the contract. “We have decided that the project cannot go on with PT Jakarta Monorail. We will send a letter to the company to cancel cooperation and halt all activities,” Ahok said, according to the Jakarta Post.
4. Largest ever illegal fishing vessel caught in Indonesian waters A 4,306 gross ton fishing vessel has apparenly been seized by Indonesian officials while docked at the Wanam Port in Merauke, Papua, earlier this month, for violating a number of Indonesian maritime laws. The fishing vessels usually caught by Indonesian officials – and subsequently blown up – are on average 10 times smaller, or about 200-500 gross tons. The ship, MV. Hai Fa, was carrying the Panama flag but it was manned by 23 Chinese nationals and contained more than 900,000 kilograms of fish and shrimp to be sent to China, according to the report from Detik.com. There’s no word yet on whether Indonesia plans to blow up and sink this one too, in line with President Joko Widodo’s tough new maritime policy.
5. Bekasi outrage over Indosat ad refuses to die down

Telecommunications company Indosat has already apologized and taken down the ad above that said vacationing in Australia is easier than going to Bekasi, but residents of the West Java city, just outside Jakarta, aren’t appeased. On Monday afternoon, dozens of students pelted the telco’s Jakarta office with rotten tomatoes. They also demanded the Bekasi branch of the company be shuttered. A Bekasi city youth organization said they’ll also set up boxes were people can drop in their Indosat SIM cards, which they can all burn together later. At the same time, the Bekasi government wants to police to immediately investigate the defamation complaint it filed against the company. Major advertising fail? Others say, though, that the controversy only managed to make the ad go viral. – Rappler.com