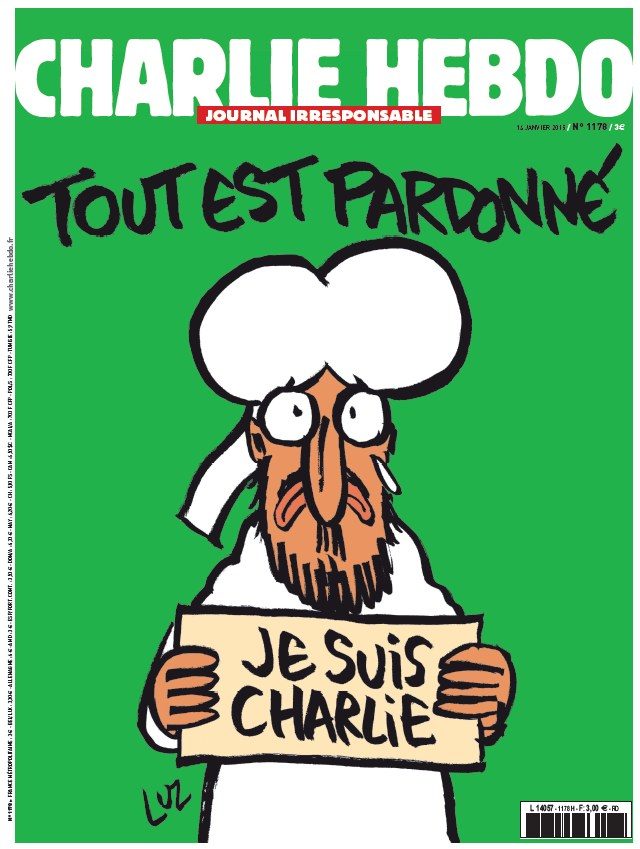 Facebook Twitter Copy URL
Copied
Niger bans distribution of Charlie Hebdo in the mainly Muslim country, with the government "vehemently" condemning the cartoon of the Prophet Mohammed in the latest issue of the French satirical weekly

NIAMEY, Niger – Niger Thursday banned distribution of Charlie Hebdo in the mainly Muslim country, with the government “vehemently” condemning the cartoon of the Prophet Mohammed in the latest issue of the French satirical weekly.

“The government vehemently denounces and condemns the cartoon of the Prophet Mohammed, peace and blessings be upon him, contained in the issue of Charlie Hebdo for Wednesday, January 14, 2015, which it considers an insulting provocation and totally unacceptable,” it said in a statement read on radio and state television.

“Also, on the instructions of the president of the republic, the government has decided to ban the publication and sale of this issue across the country,” said the statement read by government spokesman and justice minister Marou Amadou.

President Mahamadou Issoufou was one of six African heads of state who took part in the march in Paris following the jihadist attack on the magazine.

He was strongly criticized by Muslim associations and local non-governmental organizations for saying on air “We are all Charlie”.

“His participation” in the Paris march “stems from his commitment against terrorism and for freedom” and “does not imply any support for the abuses that can arise from a certain notion of press freedom”, said Amadou.

Niamey also justified the president’s participation in the march because of France’s commitment to fight militants in the Sahel.

In Africa, Senegal has also banned distribution of the latest issue of Charlie Hebdo. – Rappler.com