Jan 19, 2015 2:14 PM PHT
Agence France-Presse
Facebook Twitter Copy URL
Copied
Oxfam: 'The scale of global inequality is quite simply staggering and despite the issues shooting up the global agenda, the gap between the richest and the rest is widening fast' 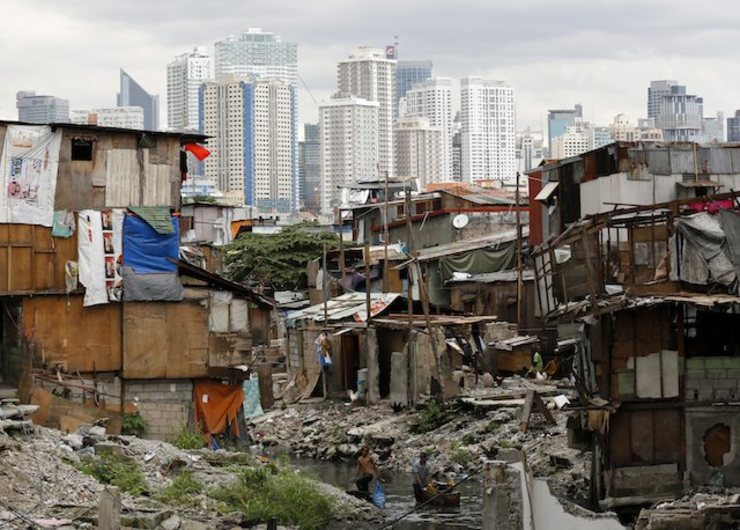 PARIS, France – Wealth accumulated by the richest 1% will exceed that of the other 99% in 2016, the Oxfam charity said Monday, January 19, ahead of the annual meeting of the world’s most powerful at Davos, Switzerland.

“The scale of global inequality is quite simply staggering and despite the issues shooting up the global agenda, the gap between the richest and the rest is widening fast,” Oxfam executive director Winnie Byanyima said.

The average wealth per adult in this group is $2.7 million (2.3 million euros), Oxfam said.

Byanyima, who is to co-chair at the Davos World Economic Forum taking place Wednesday through Friday (January 21-23) urged leaders to take on “vested interests that stand in the way of a fairer and more prosperous world.”

Oxfam called upon states to tackle tax evasion, improve public services, tax capital rather than labor, and introduce living minimum wages, among other measures, in a bid to ensure a more equitable distribution of wealth.

The 45th World Economic Forum that runs from Wednesday to Saturday will draw a record number of participants this year with more than 300 heads of state and government attending.

Rising inequality will be competing with other global crises including terrorist threats in Europe, the worst post-Cold War stand-off between Russia and the West and renewed fears of financial turmoil.

France’s Francois Hollande, Germany’s Angela Merkel and China’s Li Keqiang will be among world leaders seeking to chart a path away from fundamentalism towards solidarity.

Beyond geopolitical crises, hot-button issues like the Ebola epidemic, the challenges posed by plunging oil prices and the future of technology will also be addressed at the posh Swiss ski resort. – Rappler.com