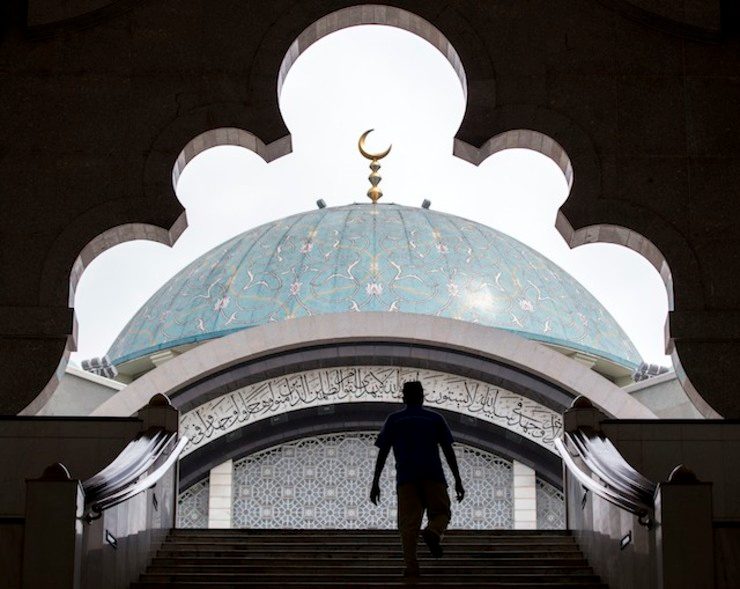 KUALA LUMPUR, Malaysia – The West’s defense of Charlie Hebdo‘s right to offend is testing the patience of Muslims even in moderate Indonesia and Malaysia, who fear it could fuel radical sentiment kindled by the Islamic State (ISIS) group.

Publicly, the issue has stirred barely a ripple in the Southeast Asian neighbors, underscoring their cultural and philosophical gap with the rest of the Muslim world, where it has triggered outrage.

But even some liberal Indonesians and Malaysians express resentment over the French magazine’s crude caricatures of the Prophet Mohamed and the “Je suis Charlie” reaction, while vehemently condemning the jihadist massacre at its Paris office.

“No one can justify those killings. Our religion does not allow that,” said Zamfis Anuar, a Muslim primary school teacher in Kuala Lumpur.

But the reaction in the West “makes (Muslims) think, ‘who are your friends?'”

The issue has emerged at a delicate time for Malaysia and Indonesia – the world’s most populous Muslim country – with both nations on alert over ISIS militants’ proven ability to lure their citizens to jihad in Syria.

“The Charlie Hebdo incident likely strengthens at some level their belief in that conspiracy theory,” he said.

If coupled with worsening economic conditions, this could “give rise to radicalism”, he added.

Frequently feted by the West as examples for the rest of the Muslim world, stable and economically dynamic Indonesia and Malaysia have centuries-old traditions of moderate Islam, which experts say are unlikely to change.

Anti-terror crackdowns in both nations have dramatically weakened militant networks, but ISIS has attracted at least hundreds of Indonesian and Malaysian recruits, raising fears they will bring the group’s violent ideology back home.

Last year, tiny, oil-rich Brunei underlined a slow but steady regional drift toward more conservative Islam by phasing in a new sharia criminal code that will eventually include death by stoning, amputation of limbs and other harsh penalties for a range of crimes.

In Malaysia, meanwhile, a conservative Islamic party has stepped up its own calls for similar measures in a state it controls.

The Paris attack was likely quietly applauded among hardline conservative Muslims in the region, who feel Charlie Hebdo pushed too far, said Joseph Liow, an expert on Southeast Asian militancy at the Brookings Institute in the United States.

“Even those classified as ‘moderate’ would be uneasy with Charlie Hebdo even if they condemn the attacks.  To them, Charlie Hebdo is, to put it in simple terms, extremist.”

In this environment, leaders in the two countries have walked a delicate line. Indonesian President Joko Widodo condemned the Paris attacks, while saying no one should “mock or insult” religions, echoing similar calls by Malaysia’s Najib Razak.

But some in Muslim-majority, multi-ethnic Malaysia have used the attacks to decry the West.

“Muslims are no longer talking about the attack but about the West’s hostility. This can increase radical ideas,” said Mohamad Asri Zainal Abidin, former official mufti, or Islamic scholar, for the northern Malaysian state of Perlis.

“Many Muslims may start to believe that there is no space for good relations with the West, which leaves no hope for moderates.”

Some Malaysian officials, meanwhile, have sparked concern by using the episode to justify an ongoing crackdown on free speech that has dismayed progressives.

Both countries have warned of possible attacks at home by ISIS sympathizers, with Malaysian officials saying Charlie Hebdo could potentially escalate the threat.

On Monday, January 19, Malaysia’s Najib issued an unusual call for the country’s Islamic authorities to use their influence to counter jihadism, and police have said they are stepping up monitoring of Islamic schools.

Agence France-Presse reporters who visited one such school outside Kuala Lumpur recently found teen students openly expressing a desire to die in the ISIS jihad.

But observers said both countries have a firm grip on militancy and that the core tolerance embedded in their cultures appeared secure, especially if their economies remain stable.

“Indonesia is on the right track,” said Hasan, the Indonesian academic. “The total number of Islamic extremists is significantly decreasing.” – Rappler.com