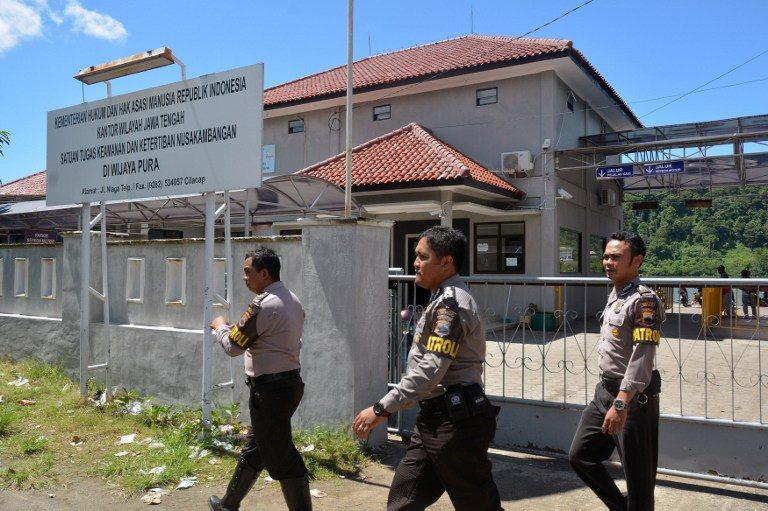 Indonesian President Joko Widodo’s claim of a national drug “emergency” that necessitates the death penalty for drug crimes is based on questionable statistics.

Jokowi, as he is popularly known in Indonesia, recently cited some astonishing figures: 4.5 million Indonesians need to be rehabilitated due to their illicit or illegal drug use, and 40 to 50 young people die each day due to the same cause.

Jokowi argues that applying a no-compromise, punitive approach is necessary to combat the state of emergency represented by these numbers. He ordered the killing of six drug traffickers on death row by firing squad last month, and vowed to reject clemency requests from more than 60 people on death row for drug-related charges.

But the Jokowi administration’s attempt to present the death penalty for drug offenders as a policy based on evidence falls flat on one necessary ground: the evidence.

The figures quoted by the president and parroted by national officials and media outlets are based on studies with questionable methods and vague measures.

Government advisers cherry-picked the figures to lend credibility to a “national emergency” and ultimately justify an ineffective but politically convenient policy.

Dodgy estimate of the number of drug users

This figure is a projection of the number of people predicted to use drugs in 2013, calculated by the University of Indonesia’s Center for Health Research working in collaboration with the National Narcotics Agency (BNN) as part of a 2008 study.

It is not an estimation of the actual number of people who are unable to manage their drug use and need support. Nor can it be generalized to represent the prevalence of drug use in Indonesia’s population.

The most problematic aspect of this projection is its overly simplistic definition of “addiction”, which is based solely on how often an individual uses drugs. The study classifies drug users into three categories – ever tried drugs, regular users and addicts – based on frequency of drug use. Those who had used drugs less than five times in a lifetime are persons who “ever tried drugs”.

Participants who indicated that they had injected a drug, even if only once in the last year, are also categorised as “addicts”.

People who took drugs less than 49 times in the last year before the survey are classified as “regular users”. And those who had used drugs more than 49 times in the year before the survey are “addicts”. Participants who indicated that they had injected a drug, even if only once in the last year, are also categorised as “addicts”.

What this amounts to is a projected estimate of more than 4.5 million drug users using dated surveys and imprecise classifications. From this projection there were supposedly 2.9 million “drug addicts” in 2013. The remaining 1.6 million people were recreational users who tried drugs less than five times in their lives or who may party once in a while with little risk of side effects.

The projected estimate of 4.5 million drug users implies that the couple of times my buddy Amin casually passed a joint around at New Year’s Eve’s parties makes him a drug user who should spend 3 to 6 compulsory months in rehabilitation and who is at the crux of Indonesia’s drug crisis. It is this exaggerated version of the “drug problem” that government advisers repeatedly exploit to justify draconian policy decisions. The 40 to 50 young people said to be dying each day because of drug use is even more problematic. These figures come from the same 7-year-old study by the Centre for Health Research and BNN.

The study authors then applied the median number of friends who died (3) to their 2008 estimate of “drug addicts”, arriving at a figure of 14,894. Divided by 365 days, this amounts to 41 “people dying because of drug use every day”.

Methodologically, this is an ambiguous, inaccurate way of measuring deaths in any population, let alone overdose-related deaths – assuming this is what the survey refers to.

Since Indonesia does not collect reliable statistics on drug overdose, it is not clear what “dying because of drugs” means in the context of this survey. Does it translate to death due to respiratory depression caused by overdose? Does it mean dying due to injuries from police violence following a drug-related arrest? Does it refer to death associated with AIDS or hepatitis C in people who inject drugs? The study’s methodology provides no definition.

Researchers agree the most reliable method to measure drug-related mortality is to prospectively follow a cohort of drug users who represent a target population for several years. Researchers should measure various behavioural, physiological and structural factors that could affect mortality. This can be disease or access to health services. Analysing the numbers of drug deaths in the group and the factors that may have contributed to these outcomes generally provides decent results.

Determining the need for rehabilitation

Practitioners and academics still debate the most clinically accurate definition of addiction. But there are widely accepted standard diagnostic measures and research tools that consider more than frequency and method of drug use. These accommodate key biological, psychological and sociological dimensions.

What sets these tools apart from the UI-BNN’s survey’s crude categorisation is their application of complex behavioural, cognitive and physiological elements. These include quality of the user’s life, withdrawal symptoms, chronic relapse and clear evidence of harmful effects caused by uncontrolled use of a substance.

Indonesia’s Ministry of Health estimates 74,326 people inject drugs in Indonesia, with the highest concentrations of users found in Greater Jakarta, East Java and West Java. International agencies such as the United Nations and World Health Organisation refer to this data as well.

This number mirrors the estimate of drug injectors in a 2011 BNN-UI survey. The BNN-UI survey also identified a little over 1.1 million non-injecting drug users in Indonesia. Most used ecstasy and crystal methamphetamine more than 49 times in the last year before the study.

But, as argued above, indicators such as methods or frequency of drug use alone are not enough to determine whether a person requires rehabilitation or not, nor whether rehabilitation itself is an appropriate method at all.

Among these individuals, only a few may be ready for or choose rehabilitation in BNN’s centres. Others may decide to enrol in a methadone substitution therapy programme. Some may continue living productive lives while independently managing their drug use.

A matter of life and death

Analysts inside and outside Indonesia have eloquently argued against the death penalty for drug offences on human rights grounds. Ample evidence from Singapore, Malaysia and other countries proves its ineffectiveness in deterring drug trafficking and reining in drug use. While all research has a margin of error, as evident in Jokowi’s data on drug use, not all research is equally well planned or executed. At its worst, research can be manipulated to justify political ends, ignite public fear and lend dubious credibility to otherwise unpopular, unethical or punitive policies.

Policy makers planning a proposed action based on evidence-based research must use the newest, best available, objective evidence to understand a problem and to solve it with minimal unintended consequences.

With the imminent executions of Sukumaran, Chan and others on death row, policy decisions based on good evidence are a matter of life or death. – Rappler.com

Claudia Stoicescu is a PhD Candidate the University of Oxford’s Centre for Evidence Based Intervention. She is a Trudeau Foundation Scholar, and recipient of a Canadian Institutes of Health Research doctoral grant. Claudia also works as a research analyst with various international organisations and initiatives, including Harm Reduction International, where she currently supports the implementation of the European Commission-funded Asia Action project which seeks to build support for evidence-based drug policy in China, Cambodia, Vietnam, Malaysia, Indonesia, and India. Claudia obtained her MSc in Social Intervention from Oxford, and her BA from York University.