Feb 12, 2015 3:59 AM PHT
Facebook Twitter Copy URL
Copied
(UPDATED) Troops from Chad, Cameroon and Niger are deployed to fight the Islamists, whose bloody insurgency has claimed more than 13,000 lives since 2009 and now threatens Nigeria's neighbors 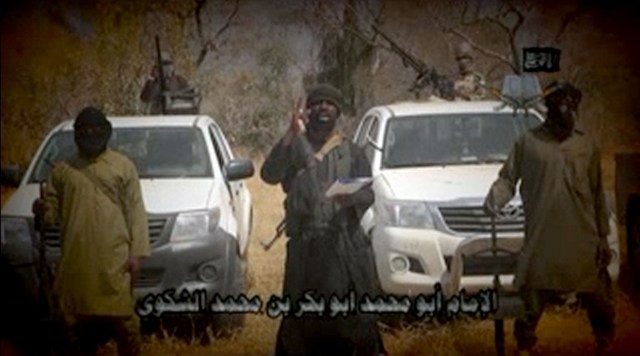 N’DJAMENA, Chad (UPDATED) – Boko Haram on Wednesday, February 11, launched a pre-dawn raid in Gamboru, northeastern Nigeria, looking to overwhelm Chadian troops who had pushed them out of the border town.

The military in N’Djamena said the militants were repelled but the counter-attack was an indication of the task facing regional forces aiming to crush the rebellion.

Troops from Chad, Cameroon and Niger have been deployed to fight the Islamists, whose bloody insurgency has claimed more than 13,000 lives since 2009 and now threatens Nigeria’s neighbors.

In Niger a suicide bomber was killed, without causing any other casualties, in the Diffa region bordering Nigeria on Wednesday, a local official told Agence France-Presse.

The bomber, a man or woman wearing a hijab, was spotted by police who opened fire. “The explosion left no victims,” the official said.

Nigeria’s President Goodluck Jonathan defended a decision to delay the country’s general election by six weeks because of the unrest, saying he was “very hopeful” that the multi-national offensive will see successes against the Islamists in the coming weeks.

“Initially, our neighbors were not too committed” to fighting Boko Haram but the new cooperation was promising, he said.

Jonathan also dismissed allegations that his political interests motivated the decision to push back the polls initially scheduled for February 14, in his first public comments since the delay was announced.

“I was not consulted and I don’t want to be consulted” on the postponement, Jonathan said in a nationally broadcast interview, insisting that election officials made an independent decision after receiving guidance from the security agencies.

Boko Haram’s counter-attack on Gamboru, which has been repeatedly targeted in the past, is an established tactic from the militants, who have seized dozens of towns and villages since mid-2014.

The extent of the rebels’ control of the captured areas has been hard to verify, with claim and counter-claim that the authority has repeatedly switched between the insurgents and the military.

Boko Haram’s apparent ability to regroup is a sign of its transformation from a rag-tag guerrilla group carrying out hit and run strikes to a more effective fighting force.

The insurgents were initially pushed out of Gamboru, which lies on the Nigerian side of the border with Cameroon in the eastern fringe of Borno state, on February 3.

Chadian ground troops crossed over the bridge marking the frontier after days of sustained bombardment. The following day, rebel fighters counter-attacked in the Cameroon town of Fotokol.

“The Boko Haram elements wanted to surprise us by attacking at about 4 am (0300 GMT),” a military source in N’Djamena told Agence France-Presse of the latest attack.

“We were aware of it from the day before and were prepared. They arrived with 14 vehicles and two armored vehicles. We repulsed them and they retreated.

“A helicopter was brought in to join the pursuit and destroy them.”

One Chadian soldier and several Boko Haram fighters were killed, while eight troops were injured, the source said.

Boko Haram has stepped up the frequency and intensity of its attacks since the turn of the year, in part to undermine the Nigerian elections.

A devastating attack on the fishing hub of Baga on January 3 has been seen as a turning point in regional cooperation, galvanizing neighboring powers into providing assistance to the Nigerian Army.

Since then, there have been repeated attacks in northern Cameroon, while the Islamists last weekend opened up a new front across the border in Niger, attacking the border region of Diffa.

Niger President Mahamadou Issoufou on Wednesday urged his nation to stand up to Boko Haram Islamists.

“Our country will not go down in history as having been cowed by an enemy that wants to cover our country in darkness,” Issoufou said in a speech broadcast on national radio, urging Nigeriens to support their security forces in their battle against the militants.

The appeal came a day after Niamey imposed a 15-day state of emergency in Diffa, where thousands of Nigerians have fled the violence.

Nigeria maintains the involvement of troops from Chad, Cameroon and now Niger, after the parliament in Niamey approved the deployment of soldiers, is part of an existing agreement.

At the same time, all 4 countries, whose borders converge on Lake Chad, with Benin, Nigeria’s neighbor to the west, agreed to provide 8,700 personnel for an African Union-backed regional force.

Boko Haram leader Abubakar Shekau said in a video published on Monday, February 9, that the group would defeat the regional forces. – Rappler.com