Feb 17, 2015 10:10 PM PHT
Agence France-Presse
Facebook Twitter Copy URL
Copied
The float is carrying a popular rap group – Barikad Crew – in the Champ de Mars, a parade ground in the center of the city, when it strikes a cable overhead, 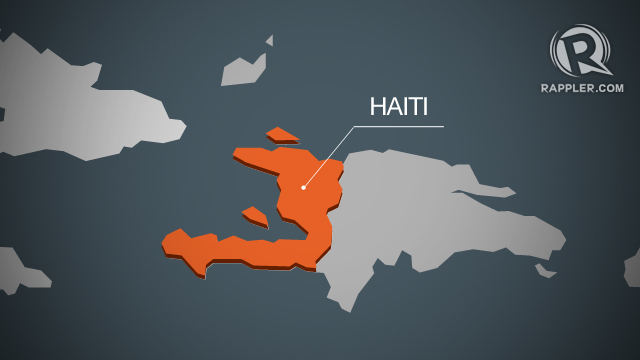 Dozens more were injured in the accident, which occurred at around 2:48 am (0748 GMT; 3:48 pm Manila time) on the second day of Carnival, Communications Minister Rotchild Francois said in a statement.

Family members besieged a main hospital complex in Port-au-Prince to find their loved ones as doctors struggled to treat the injured.

“So far, we’ve counted 15 dead. Our teams are continuing to collect information at our health centers,” said Doctor Claude Surena, the official in charge of emergency operations for Haiti’s Carnival.

He suggested the toll could rise.

The float was carrying a popular rap group called Barikad Crew in the Champ de Mars, a parade ground in the center of the city, when it struck a cable overhead, local media reported.

The rap group’s star singer, who goes by the name “Fantom,” was struck directly by the fallen cable and is in critical condition, the website Haiti Press Network said.

Thousands of people were watching the parade as the disaster struck.

About 80 to 100 people, some of them weeping, gathered at the morgue of the Hopital General to see if family members had been brought there.

President Michel Martelly extended his “sincere condolences” to the victims in a message on his Twitter account.

Francois said the government “stands ready to assist everyone affected by this tragedy”. – Rappler.com