Australia PM to Indonesia: Remember how we helped 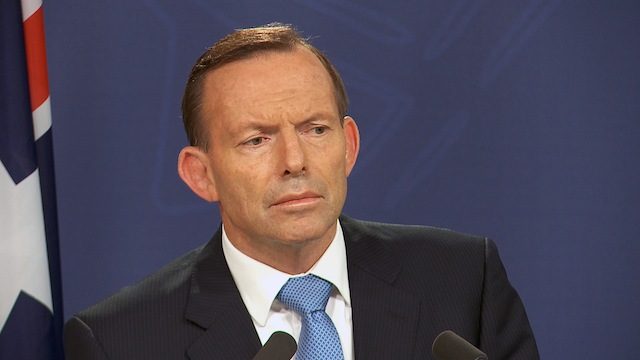 Facebook Twitter Copy URL
Copied
If the Bali Nine pair are executed, Abbott says Australia 'will be letting Indonesia know in absolutely unambiguous terms that we feel grievously let down'

SYDNEY, Australia – Prime Minister Tony Abbott on Wednesday, February 18, warned he will feel “grievously let down” if Indonesia ignores his pleas for clemency and executes two Australians on death row.

He also reminded Indonesia of the assistance Australia provided during the devastating tsunami in 2004, which cost the lives of 9 Australians.

In stepping up the pressure on Jakarta, he said he continued to make “the strongest possible personal representations” to Indonesian President Joko Widodo and cautioned of a diplomatic fallout if they fell on deaf ears.

“We will be letting Indonesia know in absolutely unambiguous terms that we feel grievously let down,” he said when asked what would happen if the executions of Andrew Chan and Myuran Sukumaran went ahead.

“I don’t want to prejudice the best possible relations with a very important friend and neighbor.

“But I’ve got to say that we can’t just ignore this kind of thing – if the perfectly reasonable representations that we are making to Indonesia are ignored by them.”

Indonesian authorities have confirmed that Chan, 31, and Sukumaran, 33, ringleaders of the so-called Bali Nine heroin trafficking group, will be among the next set of prisoners to face the firing squad.

But they have been tight-lipped about when the executions will take place and which other foreign convicts will join them.

On Tuesday, the pair were given a glimmer of hope when their transfer to the prison where they are due to be shot was postponed with the Indonesian attorney-general’s office saying it will not go ahead this week. (READ: Australians’ transfer to Indonesia execution site delayed: official)

The delay was in response to Canberra urging more time for the families to be with their loved ones, and logistical difficulties involving capacity at the Nusakambangan island jail.

Despite this, Indonesia insisted the killing of the Australians – who are on death row along with citizens from France, Ghana, Brazil and Nigeria – would go ahead, having lost their appeals for presidential clemency. 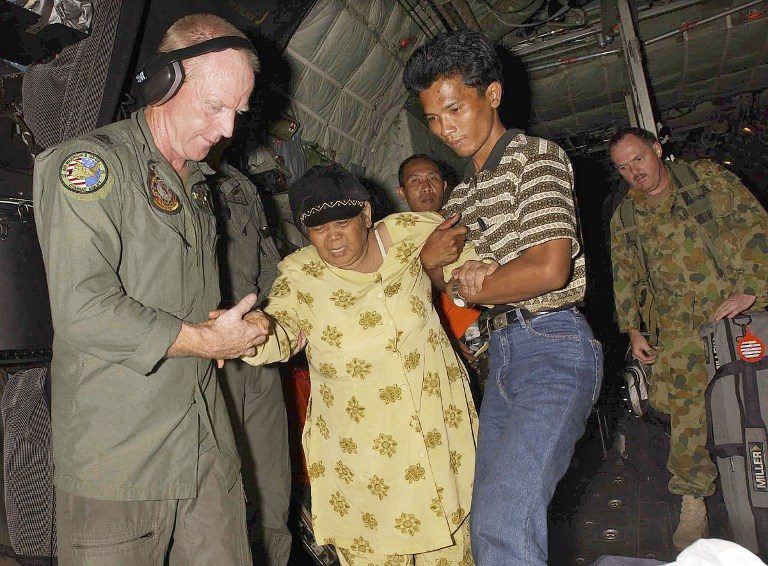 ‘Remember how we helped’

Abbott reminded Jakarta that when Indonesia was struck by a devastating tsunami in 2004, Canberra pulled out all the stops to help its giant neighbor.  (IN PHOTOS: Coming to Aceh’s aid)

“Australia sent a billion dollars worth of assistance,” he said.

“We sent a significant contingent of our armed forces to help in Indonesia with humanitarian relief and Australians lost their lives in that campaign to help Indonesia.

“I would say to the Indonesian people and the Indonesian government – we in Australia are always there to help you and we hope that you might reciprocate in this way at this time.”

Nine Australians died when their Sea King helicopter crashed during an earthquake aid mission on Indonesia’s Nias island in 2005.

Legal and diplomatic efforts to save the Australians have escalated in recent weeks, with every surviving former prime minister of Australia urging Jakarta to spare their lives.

On Tuesday, Indonesian Foreign Minister Retno Marsudi noted their pleas but insisted “this issue is purely a law enforcement issue”.

Lawyers for Chan and Sukumaran have a court date next Tuesday to examine a last-ditch claim that Widodo did not follow the rules in rejecting their clemency bids. (READ: Bali Nine pair on Indonesia’s death row file rare legal challenge) – Rappler.com