Feb 25, 2015 9:43 AM PHT
Agence France-Presse
Facebook Twitter Copy URL
Copied
Lawyers for the Bali Nine pair are urging Indonesia's attorney-general to respect the rule of law and not execute the men pending an appeal. 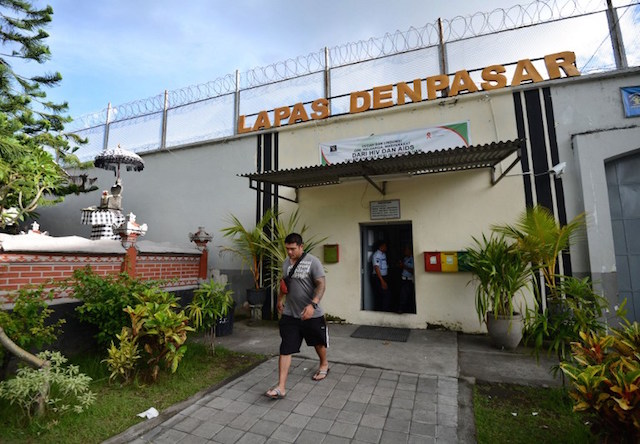 JAKARTA, Indonesia – Foreign Minister Julie Bishop on Wednesday, February 25, said she was “very disappointed” the latest bid to spare two Australians on death row in Indonesia had failed as lawyers urged they not be killed before an appeal is heard.

The pair, ringleaders of the so-called “Bali Nine” drug smuggling gang, were arrested for trying to traffic heroin out of Indonesia in 2005 and sentenced to death the following year.

Their appeals for presidential clemency, typically a death row convict’s final chance of avoiding the firing squad, were recently rejected by Jokowi.

“We are very disappointed that the appeal was lost at this point,” Bishop told the Nine Network.

“But I understand that the lawyers are considering a further legal avenue and they have about 14 days in which to do so.”

She said Canberra would continue to lobby Jokowi to show forgiveness.

“We can only hope that they will see the value of these men’s lives, both men have been rehabilitated in the most remarkable way,” she said, adding that meeting Sukumaran’s mother recently was heartbreaking.

“She hugged me so tightly that I could hardly breathe and just begged me to do all I could to save the life of her son, whose own life had been rehabilitated in such an extraordinary way.”

Jokowi has been a vocal supporter of executing drug traffickers and insisted on Tuesday that foreign countries must not interfere in Indonesia’s right to use the death penalty.

Indonesia is facing intense diplomatic pressure not just from Australia but also Brazil and France, whose citizens have also lost their appeals for clemency and are facing imminent execution.

Lawyers for Sukumaran and Chan urged Indonesia’s Attorney-General HM Prasetyo to respect the rule of law and not execute the men pending an appeal.

“We live in a state based on law and this is part of the legal process,” lawyer Todung Mulya Lubis told reporters.

Another of the men’s lawyers, Julian McMahon, said it would be unthinkable to kill his clients while an appeal was ongoing.

“They simply can’t be snatched away and killed. That’s contrary to the rule of law,” he said.

The looming executions have dramatically heightened tensions between Australia and Indonesia, fraying ties that were only just recovering from a spying row. – Rappler.com