Can the Philippines and Vietnam be strategic partners?

Enjoying steady bilateral relations since diplomatic ties were established after the Vietnam War in 1976, the Philippines and Vietnam are now engaging in high-level dialogues to try to establish a strategic partnership.

In May of 2014, President Benigno S. Aquino III and Prime Minister Nguyen Tan expressed an aspiration toward establishing a strategic partnership between the two countries. In November, at the sidelines of the 2014 22nd APEC Leaders’ Meeting in Beijing, China, President Aquino and Vietnam’s President Truong Tan Sang agreed to convene a Joint Working Committee to start discussions on the roadmap towards this partnership.

The idea of a strategic partnership became stronger during the oil rig row between Vietnam and China. In June 2014, China’s National Petroleum Corporation deployed a giant oil rig near the Paracel Islands, in the waters claimed by Vietnam as part of its exclusive economic zone (EEZ). This unilateral action by China led to a confrontation between Chinese and Vietnamese government vessels, as well as violent anti-China riots in Vietnam that forced thousands of Chinese to flee the country. Adding fuel to the clash was the arrest of six Vietnamese fishermen by Chinese naval ships in disputed waters. These standoffs led to a diplomatic rift between the two states.

The Philippines is the only claimant state in the SCS to have filed an arbitration case against China’s historic claims. In support of this move to promote a rules-based approach in solving maritime disputes, Vietnam submitted its position on this arbitration case to the international tribunal last December 2014. The changing geopolitical context has facilitated the convergence of interests of the Philippines and Vietnam, paving the way for establishing a strategic partnership.

In dealing with regional flashpoints, Vietnam has used both hard and soft power approaches. It has strengthened its military and non-military presence in the disputed waters. This is evident in the establishment of permanent military garrisons, installation of medical facilities and equipment in Cam Ranh Bay – which is the closest and largest port to the Spratlys to the South and is located within the range of the Paracels – and deployment of troops and civilians in land features it claims. Recently, it has purchased Kilo-class submarines from Russia to modernize its naval capabilities.

Vietnam recognizes that solely relying on military force is not enough to deter China. It has chosen to be diplomatically proactive, internationalizing the issue to gain the support of other countries. Elevating and strengthening bilateral relations to strategic partnerships is a move that Vietnam has also been exploring. In addition, it has actively participated in fora such as the ASEAN Regional Forum (ARF), the East Asia Summit (EAS), meetings of the Asia-Pacific Economic Cooperation (APEC) and the United Nations (UN) to raise awareness on concerns in the South China Sea.

The term strategic partnership is oftentimes a misunderstood concept as it is equated to a security-oriented agreement between two states, directed at certain parties or states. It is, in fact, an elevation of bilateral exchanges that creates room for bilateral strategic dialogue mechanisms that are conducted in the ministerial-level.  It is comprehensive and includes economic, functional and socio-cultural cooperation.

With the Philippines’ and Vietnam’s increasingly converging interests, initial discussions on the strategic partnership started a month after the foreign ministers announced the forging of a stronger relationship between the two countries. Deputy Prime Minister and Minister of Foreign Affairs Pham Binh Minh and Foreign Affairs Secretary del Rosario co-chaired the Joint Commission on concluding a strategic partnership held last 29 to 30 January 2015. The two parties came up with a working draft on the joint statement for the strategic partnership on the basis of amity, equality, mutual respect and cooperation.

The beginning of 2015, thus, marks a promising future for the Philippines and Vietnam. The two countries’ bilateral relations will certainly grow in areas such as political, trade and investment, fisheries, marine and oceanic affairs, as well as defense and security, among others.

What is the Philippines looking for in a strategic partner? 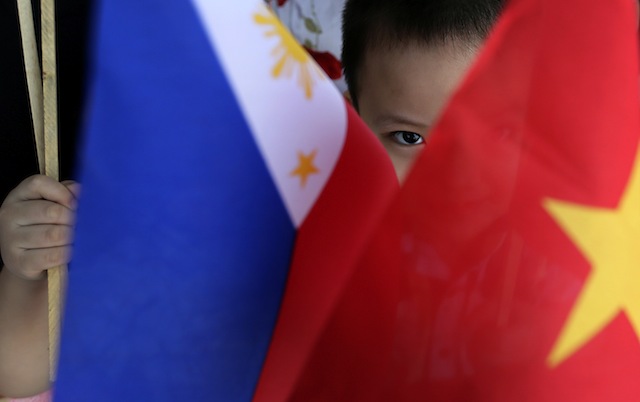 When asked why the Philippines decided to make Vietnam a strategic partner, Secretary del Rosario stated that “just like the US and Japan, there is a special bond between the Philippines and Vietnam.” Before a strategic partnership is established, parties must have a mutual agreement based on and consistent with common values and goals. Vietnam is a potentially viable partner not only because of mutual economic benefits that can be gained, but also because Vietnam recognizes the importance of upholding ASEAN’s centrality and unity in an evolving regional architecture. The Philippines, however, is committed to values such as democracy, human rights, and good governance, all of which may not sit well with Vietnam.

On regional issues, Vietnam also promotes maritime cooperation, asserting a rules-based approach in preserving regional stability and security. The Philippines and Vietnam have a shared commitment to maintain peace in the region, ensuring that people across Southeast Asia will live in harmony and prosperity, through peaceful resolution of disputes. Most importantly, they are committed to continue both bilateral and multilateral cooperation towards the creation of an ASEAN Community.  It is equally essential that strategic partners engage in collaborative activities – culturally, economically, and politically, as well as in sharing of information and expertise, turning weaknesses into strengths.

What is in store for the future strategic partnership?

Given the commonality of issues they face and commitments they share, both countries are strong advocates of security and stability in the region especially, when instruments or mechanisms relating to the promotion of maritime conflict-prevention are becoming ineffective in the face of China’s unilateral actions. Thus, there is an urgent need for ASEAN to finalize a legally-binding Code of Conduct in the South China Sea with China.

There will be more collaboration between the Philippines and Vietnam as they elevate their relations to strategic partnership. These include strengthened cooperation in the areas of agriculture, search and rescue operations, marine environment protection, and oil spill preparedness. Addressing regional issues will be a strong component of the deepening ties and, as such, there will be closer cooperation in military and maritime matters. The focus on political, defense and security cooperation, however, will certainly not be their only and primary objective. The overarching goal of a strategic partnership is to improve the overall relations between the two states and the living conditions of their populace.

The elevation of bilateral relations also means greater responsibility for both the Philippines and Vietnam.  Both states must collaborate on the planning and implementation of the strategic partnership agreement, because there is convergence of interests in many areas. There is, however, a very important challenge before the ties between the two states are further elevated.

Julio S. Amador III is the Deputy Director-General of the Foreign Service Institute. Mr. Amador may be reached at jsamador@fsi.gov.ph.

Jeremie P. Credo is a Foreign Affairs Research Specialist with the Center for International Relations and Strategic Studies of the Foreign Service Institute. Ms. Credo can be reached at jpcredo@fsi.gov.ph.

This was first published in the CIRSS Commentaries, a regular short publication of the Center for International Relations and Strategic Studies (CIRSS) of the Foreign Service Institute (FSI) focusing on the latest regional and global developments and issues.

The views expressed in this publication are of the authors alone and do not reflect the official position of the Foreign Service Institute, the Department of Foreign Affairs and the Government of the Philippines.