Mar 15, 2015 11:27 AM PHT
Reuters
Facebook Twitter Copy URL
Copied
Activists take the first steps to force the mayor out of office while residents awaited signs of progress in the investigation 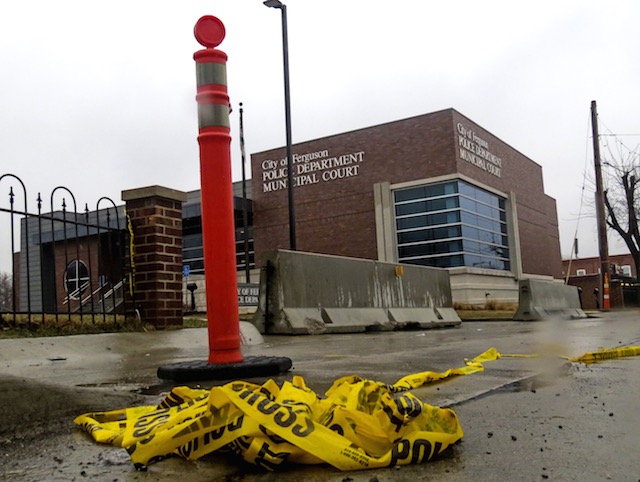 FERGUSON, Missouri, USA – As the hunt for suspects in the shooting of two police officers in Ferguson, Missouri, extended into a third day, activists took the first steps on Saturday, March 14, to force the mayor out of office while residents awaited signs of progress in the investigation.

A group called Organization for Black Struggle (OBS) said it is starting a petition to recall Mayor James Knowles. He is one of the few senior city officials remaining after the police chief, a municipal judge and others resigned following a US Department of Justice report March 4 depicting a Ferguson police force mired in racial bias.

An uneasy quiet prevailed in the St. Louis suburb, in contrast with the mayhem that erupted near midnight on Thursday when gunshots rang out during a protest rally, wounding a pair of officers.

Police arrested two people on Saturday night in neighboring St. Louis when about 70 protesters tried to block a street, a Reuters witness said. They were later released.

The shooting on Thursday, March 12, sent a fresh jolt of tension through a city that has become a symbol of racial conflict since a black teenager was killed by a white police officer last August and a grand jury returned no criminal charges.

“There has been a lot of outrage here over the past seven months,” Montague Simmons, executive director of OBS, explaining why activists were determined to press ahead with their demands. “We feel this could be a moment of transformation where people go from being outraged to being involved.”

Knowles, a Republican who was 31 when he was first elected in 2011 in a non-partisan election, said on Friday, March 13, that it would be up to voters to remove him from the part-time job.

Residents will have 60 days to gather signatures from 15% of registered voters in the last mayoral election to prompt a special election, OBS said in the statement.

Steve Moore, owner of the Celebrity Soul Food Restaurant, said that when he moved to his current location, Knowles was one of his first customers, asking if there was anything the city could do to help.

“He’s continuing to make changes and if people get behind him and hold him accountable he’s a good leader for the city,” said Moore. He added that he had lost about 80% of his business since the unrest began in August.

Some Ferguson residents said they were growing weary, especially after the latest spasm of violence, despite sympathy for protesters who have been out in force since the killing of 18-year-old Michael Brown.

“It’s been emotional here. We all want justice for Mike Brown, but we also have to heal,” said Jerome Parker, 26, who lives in the area and works in a store. “I support the protests, but I need to make a living.”

Parker also worries about the impact the shooting of the officers will have on the push for reforms in Ferguson.

Authorities had nothing new to add to the scant information disclosed about the manhunt for suspects in the police shootings.

A day earlier, St. Louis County Police Chief Jon Belmar said investigators had dozens of leads and authorities had “a pretty good idea” where the gunshots had originated, but said no arrests were imminent. He had nothing to say about the kind of gun used, the shooter’s motivation and any connection to the protesters.

In Thursday’s shooting, a 41-year-old county police officer suffered a shoulder wound and a 32-year-old colleague from a nearby police department sustained a facial wound that left a bullet lodged near his ear. Both were treated and released from hospital. – Nick Carey, with reports from Jim Young in St. Louis, David Bailey in Minneapolis and Fiona Ortiz in Chicago, Reuters / Rappler.com