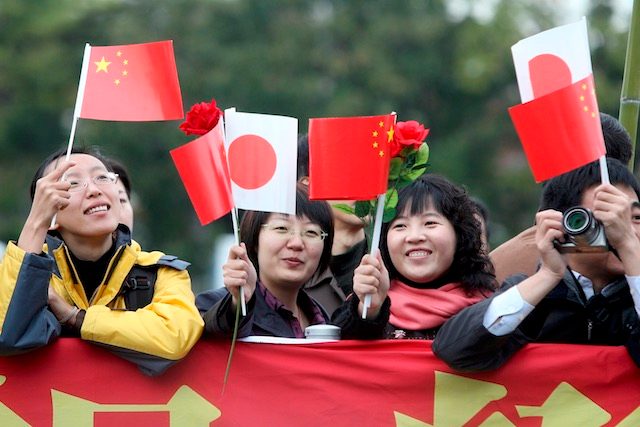 Facebook Twitter Copy URL
Copied
China's relations with Japan face a 'test' this year linked to whether Japan can properly atone for its wartime past, says Premier Li Keqiang

BEIJING, China – China’s relations with Japan face a “test” this year linked to whether Japan can properly atone for its wartime past, Chinese Premier Li Keqiang said on Sunday, March 15.

Li made the remarks to reporters at the end of China’s annual parliamentary session. Tension between Asia’s two largest economies, long strained by territorial disputes and historical issues from the World War II, has abated in recent months.

“It is true that the current China-Japan relationship is in difficulty,” Li said. “The crux of the issue is how the war and that part of history are viewed.”

Ties faced both “a test and an opportunity”, he said.

China will hold a military parade at the end of this year to mark the 70th anniversary of the end of World War Two, and invite the leaders of major countries involved in the war to attend.

A disagreement between the two countries about whether Japan has properly atoned for World War Two-era atrocities has long poisoned ties.

A row over a chain of uninhabited islets in the East China Sea that both countries claim has also long fueled friction.

The two sides signaled a willingness to move past the row over the islands, known in China as the Diaoyu and in Japan as the Senkaku, in November when they acknowledged they held different views on the long-standing dispute.

China has also been particularly angered by visits by Japanese government ministers, including Prime Minister Shinzo Abe, to the Yasukuni Shrine in Tokyo, which China sees as a symbol of Japan’s past militarism.