No news of over 200 abducted girls – Nigerian army chief

Mar 18, 2015 7:58 AM PHT
Agence France-Presse
Facebook Twitter Copy URL
Copied
A military official says he remains optimistic that details of the girls' whereabouts would become known as the size of the territory under Boko Haram control continues to shrink 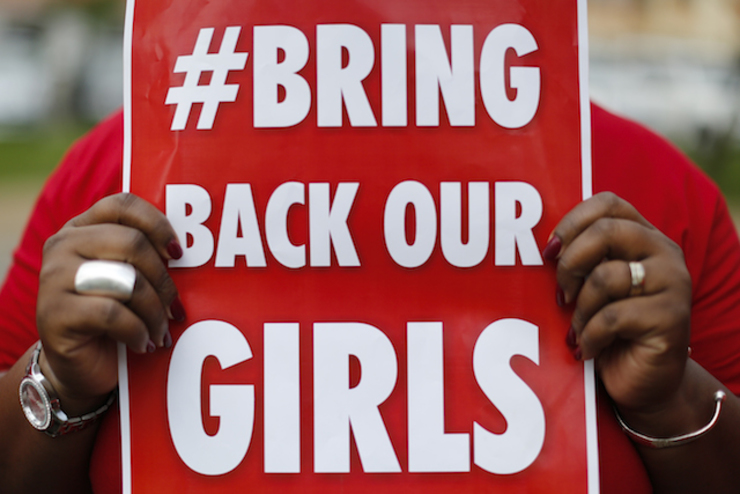 ABUJA, Nigeria – The Nigerian military, battling insurgency in the northeast, has had no news of more than 200 girls abducted 11 months ago by Boko Haram Islamists, the army chief said Tuesday, March 17.

Responding to a question from reporters on the fate of the missing 219 schoolgirls, Lieutenant General Kenneth Minimah said “no news ‎for now.”

“In all the liberated areas we have also made enquiries,” but when the Boko Haram fighters flee they take their dependents with them, he told reporters after a security council meeting.

“Those we have come in contact with have not made any comment suggesting that the Chibok girls were there and were taken away,” he added.

Nevertheless Minimah said he remained optimistic that details of the girls’ whereabouts would  become known as the size of the territory under Boko Haram control continues to shrink.

Fifty-seven of the girls managed to escape while the 219 are still being held by Boko Haram.

Critics have accused the government of not doing enough to ensure the rescue of the girls. A top military officer said last year that they knew where they were being held.

Minimah confirmed that Yobe and Adamawa states “have been liberated completely” from the control of Boko Haram.

In Borno state, only three local governments – Abadam, Gwoza and Kala-Balge – are still under the control of Boko Haram, the army chief said.

Nigeria has begun the “final onslaught” against Boko Haram, the country’s national security spokesman said on Tuesday in London.

On a visit to London, Mike Omeri told Agence France-Presse that “significant strategic military successes and gains” had been made against the Islamists in recent weeks.

Omeri had announced in Abuja last week that 36 towns had been recaptured from Boko Haram.

The insurgency has left more than 13,000 people dead since 2009 and forced some 1.5 million others to flee their homes. – Rappler.com