US teen on trial over Bali suitcase murder gives birth 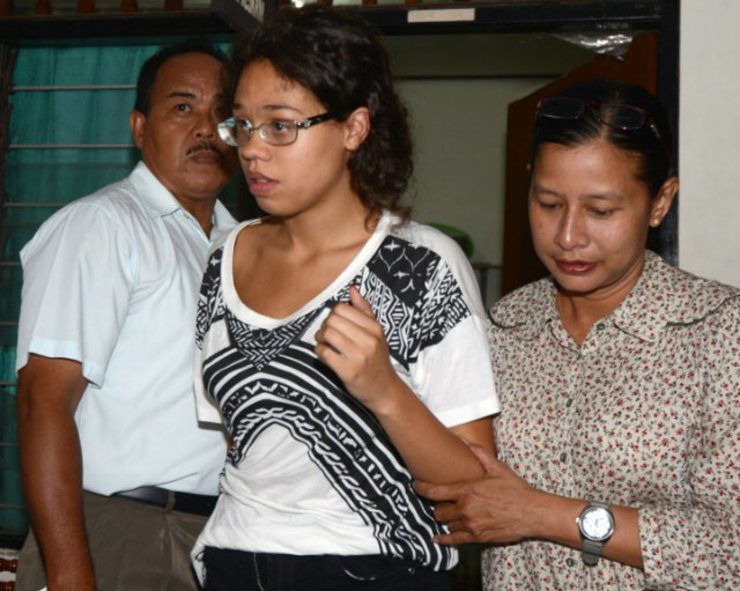 Facebook Twitter Copy URL
Copied
The baby is in good health and Mack could return to the jail as early as tomorrow.

BALI, Indonesia — An American teenager on trial on the Indonesian island of Bali over the murder of her mother, whose body was found stuffed in a suitcase, has given birth to a baby girl, a prison official said Wednesday.

Heather Mack, 19, who could be given the death penalty if found guilty of premeditated murder, was taken from Kerobokan jail on Bali to hospital on Tuesday and gave birth in the evening, said the prison chief Sudjonggo.

The baby is in good health and Mack could return to the jail as early as Thursday, he said.

“If no family members or other parties can look after the baby, the baby can be cared for in prison until she turns two,” he added.

Prisoners in Kerobokan are reported to live in cramped, filthy conditions, and drug abuse is widespread.

Mack and her boyfriend, 21-year-old Tommy Schaefer, are facing separate trials in Bali over the murder of Sheila von Wiese Mack, 62, whose body was found stuffed in a suitcase in the boot of a taxi outside an exclusive resort on Bali in August.

Schaefer, who also faces the death penalty if found guilty, confessed during a court appearance last week to killing his girlfriend’s mother — but argued he acted in self-defense after she attacked him.

Prosecutors previously alleged that Schaefer “blindly hit” Von Wiese Mack with a bowl after she directed a racial slur at him during an argument.

At a hearing last week, Heather Mack said that Schaefer had killed her mother in a rage. She maintains she is innocent of all charges. —Rappler.com