No evidence to back magazine rape story – US police 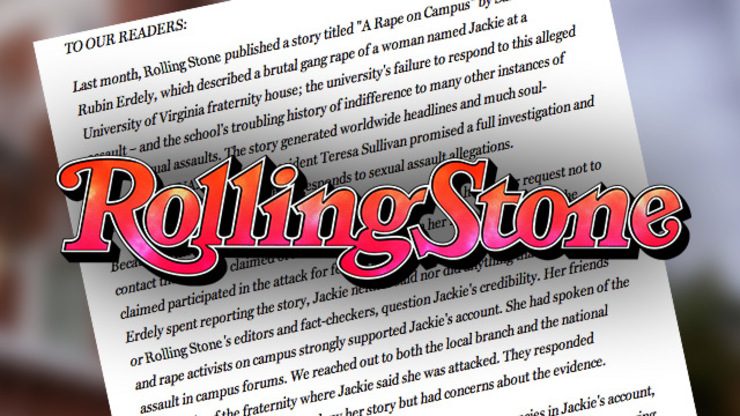 Rolling Stone had all but retracted its story in December, saying it was wrong to have trusted the alleged victim’s version of what happened in September 2012 at the University of Virginia’s Phi Kappa Psi frat house.

Published on November 19, the story prompted student protests and the suspension of fraternities at the college and rekindled a national debate about sexual violence on US campuses.

Police in Charlottesville, Virginia said Monday that the purported victim, who Rolling Stone called “Jackie,” had met several times with investigators, but failed to discuss the alleged gang rape.

“We’re not able to conclude to any substantive degree that an incident occurred at the Phi Kappa Psi fraternity house or any other fraternity house,” said the city’s police chief Timothy Longo.

“We’re just not able to gather sufficient facts to determine what that is.”

That said, Longo stated that the case would be suspended, not closed, leaving the door open to more investigation in response to any fresh evidence. – Rappler.com