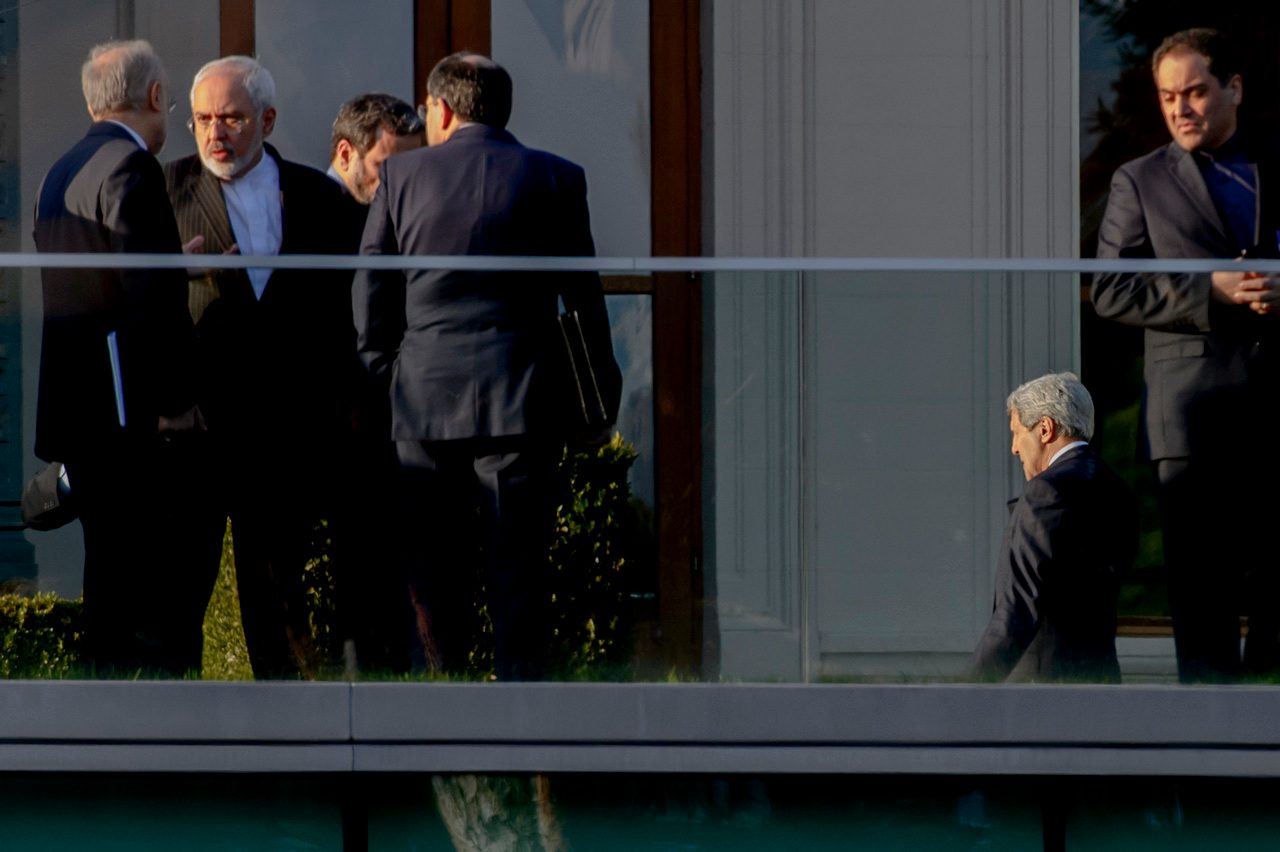 Facebook Twitter Copy URL
Copied
'No, we are not [close]. But we are making progress. The work is very complicated and difficult,' says Iranian Foreign Minister Mohammad Javad Zarif

LAUSANNE, Switzerland – Iran and the US warned Friday, March 27, that “tough” decisions were still needed, days before a deadline to agree a deal that world powers hope will thwart any Iranian attempt to acquire nuclear weapons.

“We have tough negotiations and we have differences and we have to solve them,” Iranian Foreign Minister Mohammad Javad Zarif told reporters on the sidelines of the talks in Lausanne, Switzerland.

Speaking ahead of a Tuesday deadline to agree the contours of a deal paring back Iran’s suspect nuclear program, Zarif said the two sides remained at odds over an agreement.

“No, we are not [close]. But we are making progress. The work is very complicated and difficult. The other side needs to choose between pressure and a political accord,” Zarif said.

A US State Department official, speaking on condition of anonymity, agreed the negotiations “have been tough and very serious” after top US diplomat John Kerry met for a second day with Zarif.

“We’re at that point in the negotiations where we really need to see decisions being made,” the official said.

World powers hope to scale back Iran’s nuclear capacity by cutting its number of sophisticated centrifuges for spinning enriched uranium, which can be used to make a bomb, and reconfiguring some of its facilities. In return Tehran wants an easing of crippling economic sanctions.

In a sign of the tensions, Kerry called his Russian counterpart Foreign Minister Sergei Lavrov.

Moscow said the two men agreed the foreign ministers of the six powers leading the negotiations – Britain, China, France, Germany, Russia and the United States – could hold a joint meeting in Lausanne on Sunday, March 29.

“Iran must make the decisions necessary to resolve several remaining issues,” a statement said after the two leaders spoke by telephone.

“We wish to have an agreement and it is possible, but there has to be new progress,” Fabius told reporters.

Iran had to make “painful choices,” a Western diplomat echoed, saying its development of faster nuclear machinery, the possible military dimensions of its programme, and the lifting of sanctions were among the unresolved issues.

But after 18 months of talks which have criss-crossed the globe since Iranian President Hassan Rouhani took office in 2013, Tehran says it has already done enough to ally global concerns.

“It all depends on the willingness of the other side. All the solutions are on the table,” an Iranian diplomat told Agence France-Presse (AFP). “We have already done what we need to do,” he added.

Rouhani called Thursday, March 26 for the “unjust” sanctions choking the country’s economy to be lifted.

The six powers are however insisting sanctions will only be suspended, not lifted, to enable them to be quickly put back in place if Tehran violates the deal. (READ: US sets out ‘bottom lines’ for Iran nuclear deal)

The emerging accord, capping more than a decade of tensions over Iran’s atomic ambitions, is to be rounded out with complex technical annexes by a June 30 deadline.

British Foreign Secretary Philip Hammond said he was “hopeful that we’re going to be making that progress over the next 48 hours” adding he would “jump on a plane and go to Lausanne as soon as we sense that we’re getting to the point where we need to sit down.”

As to how the eventual deal might be presented, Hammond told reporters in Washington it would be a political outline of an agreement to be finalised over the coming months.

“Conceptually what’s envisaged is a statement of broad understanding, the political parameters,” he said. Other diplomats said there may just be some kind of declaration and the specific details might not be made public.

Kerry needs to return to Washington with something concrete to head off threatened fresh US sanctions by the opposition Republicans, who together with Israel fear the mooted deal will be too weak. (READ: Israel launches bid to influence Iran nuclear deal)