IN PHOTOS: Indonesian integration in a medicine shop JAKARTA, Indonesia – It’s 8 a.m. and Marlina, a 30-year-old Muslim woman from Tasikmalaya, West Java, is preparing for another day of work as a Chinese herbal medicine maker in a small shop in Jakarta.

People like Marlina – a non-Chinese with expertise in Chinese medicine in Jakarta – are rare. Chinese-Indonesians used to be a closed community as a result of Suharto’s policies and propaganda. They kept to themselves, interacting among fellow Chinese-Indonesians and working in their own businesses.

But the reformation era that started in 1998 and former President Abdurrahman “Gus Dur” Wahid’s decision in 2000 to cancel Presidential Regulation No. 14/1967, which prohibits the practice of Chinese culture and beliefs in public, began to change things.

Marlina started learning about Chinese herbal medicine in 2010. She was initially hired as a shop assistant, but her employer saw her interest in learning more about the craft.

Her employers taught her to identify each component of Chinese herbal medicine, how to read and write Chinese characters, and the benefits of the medicine. After a year, Marlina was confident enough to handle customers’ requests by herself.

“I’m so grateful for my employers’ trust. They patiently taught me from zero about Chinese herbal medicine. I realized that by teaching me, they revealed their family’s secret recipes to an outsider,” she says.

Without her strong desire to learn and without the openness of her employers, Marlina would not be able to do what she does today. Hopefully, her story can inspire true integration in Indonesia, like the vision of Indonesia’s founding president, Sukarno. 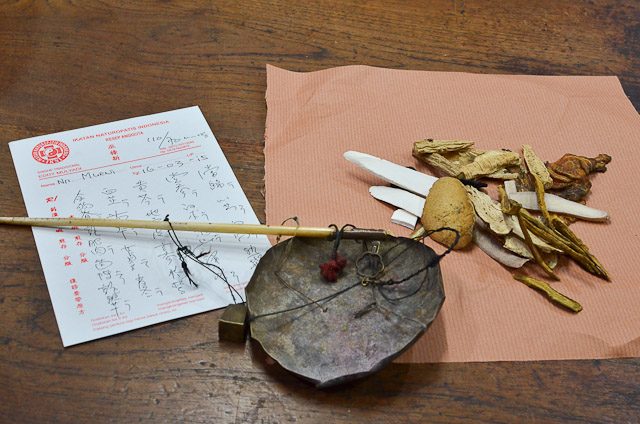 Jennifer Lee is a writer and documentary photographer based in Vietnam. Her studies in the University of the Philippines inspired her to explore deeper topics about her culture and ethnicity: Chinese-Indonesian. She believes hers is the transition generation, so somebody has to document it, else it be lost forever.