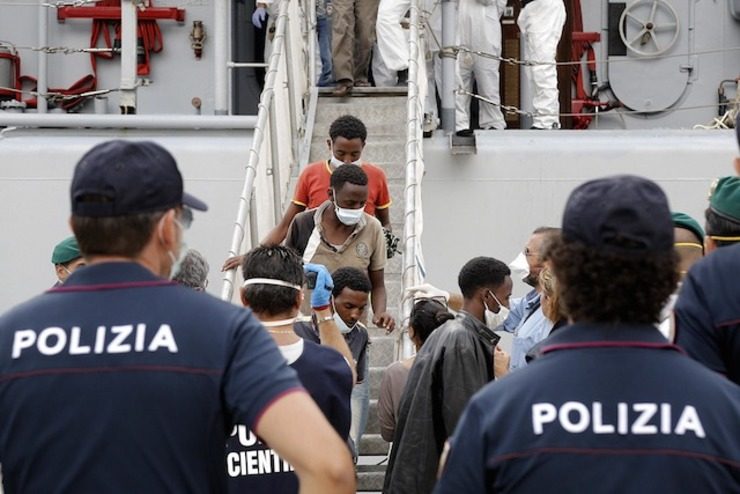 ROME, Italy – As many as 41 migrants drowned after a small boat carrying refugees sank in the Mediterranean, Italian media said Thursday, April 16, days after 400 were lost in another shipwreck.

Four survivors told Italian police and humanitarian organizations that their inflatable vessel sank not long after leaving the coast of Libya for Europe with 45 people on board.

According to the men picked up by the Italian navy vessel “Foscari” after they were spotted by an aircraft, the old inflatable boat quickly began losing air forcing the migrants into the water.

The four – a Ghanaian, two Nigerians, and a man from Niger – arrived in Trapani in Sicily on Thursday, April 16, with 600 other migrants picked up by the Italian navy and coastguards as they tried to make the perilous crossing.

The new tragedy happened as Italian police said they had arrested 15 people over allegations that Christians had been thrown from a migrant boat during an attempted crossing to Italy. – Rappler.com