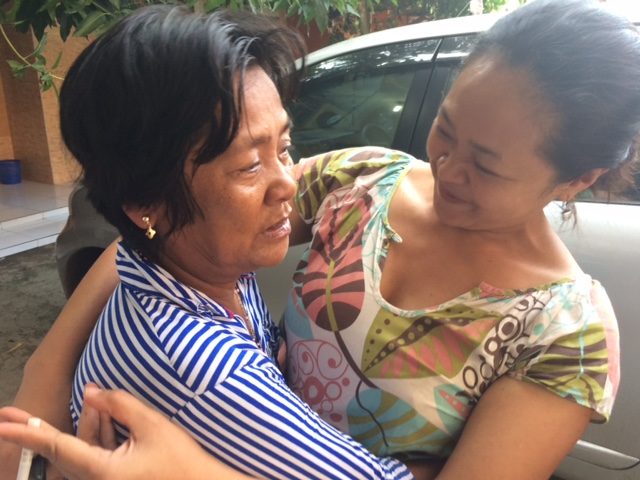 CILACAP, Indonesia – “Is it true, did Kristina really surrender? My daughter won’t be executed?” Celia Veloso said as soon as she arrived at the small inn the family is lodged in.

The Veloso family has just returned from what they believed was their last visit to Mary Jane Veloso, who was told she would be executed anytime after 5 pm on Tuesday, April 28. Reports indicate the executions would take place starting midnight.

It was a sad, tearful visit, with Celia saying it was the first time she saw her daughter cry.

“She was saying goodbye,” she said. “She sat us all down and told us of how she wanted to be buried. She said she wanted a white dress, and for her make-up to be done by her sister.” But now, everyone was in high spirits. Everyone was hugging and crying and clapping as they watched news of the surrender.

News that Mary Jane’s alleged recruiter, Maria Kristina Sergio, has surrendered to Philippine authorities has given the entire family hope once again.

“President Jokowi, now that she has surrendered, please spare my daughter,” Celia said.

“We were informed by Migrant Care about the news that there may be new evidence as the recruiter has surrendered. But of course, we have to confirm it first,” he said.

Could it save Mary Jane?

“Depending on the results of our confirmation and the implications of it on the legal process,” he said. – Rappler.com