Indonesia gears up for executions despite mounting criticism 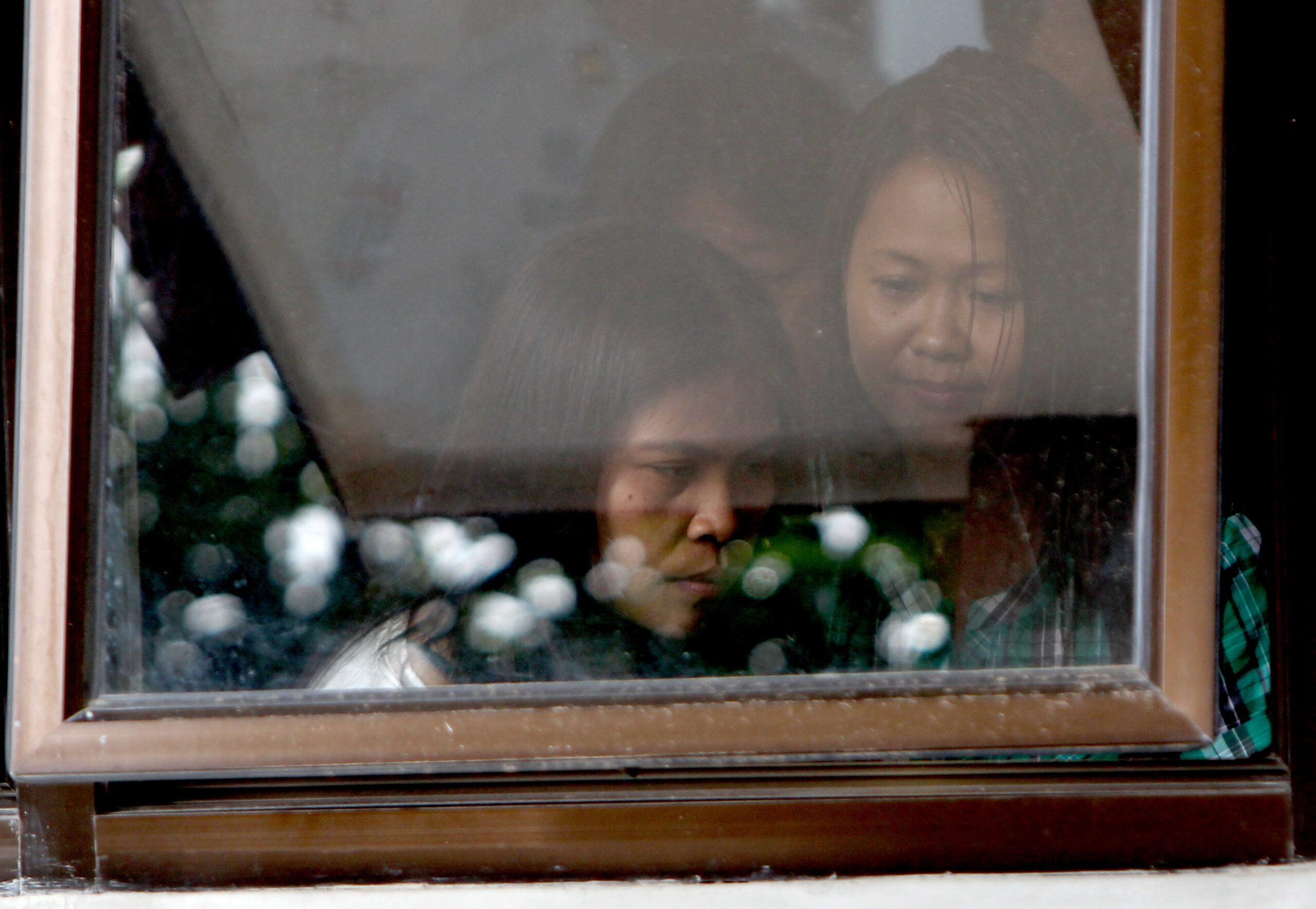 CILACAP, Indonesia – Indonesia geared up to execute 9 drug convicts by firing squad beginning 1:00 am Wednesday, April 29 (midnight Indonesia time) despite a firestorm of international criticism and heartrending last-ditch pleas by the condemned prisoners’ families. Eight of the convicts are foreigners.

Ambulances were seen carrying coffins to Nusakambangan prion island, where Indonesia puts condemned prisoners to death, and embassy officials and religious counselors also made their way to the site late Tuesday as the clock ticked down to the executions.

Earlier in the day, weeping families paid final visits to their loved ones. Relatives of Myuran Sukumaran and Andrew Chan, the Australian ringleaders of the so-called “Bali Nine” heroin trafficking group, wailed in grief as they headed to the island, and one relative collapsed.

“I am asking the government not to kill him. Call off the execution. Please don’t take my son,” said Sukumaran’s mother Raji, in a tearful plea after visiting him.

The Australians are among nine prisoners, including nationals from Brazil, the Philippines, Nigeria and one Indonesian, facing imminent execution.

Indonesia’s Attorney General Muhammad Prasetyo confirmed late Tuesday that the executions would go ahead shortly after midnight, as expected, after the authorities gave the convicts 72 hours’ notice at the weekend.

Executions are traditionally carried out just after midnight in Indonesia by a 12-man firing squad, with the condemned prisoner led to a clearing, tied to a post, and given the choice of whether to sit, stand or kneel.

President Joko Widodo, who believes Indonesia is facing an emergency due to rising drugs use, has signaled his determination to push on with the executions despite mounting international condemnation led by UN Secretary General Ban Ki-moon.

Late Tuesday Australia, the European Union and France issued a joint plea for Indonesia not to go ahead, urging it to “reflect upon the impact on Indonesia’s position in the world and its international reputation”.

The families of Chan and Sukumaran could not control their emotions as they arrived at Cilacap, the town that serves as the gateway to Nusakambangan.

As they were mobbed by a huge scrum of journalists, members of Sukumaran’s family screamed and cried out “Mercy!” as they walked in a slow procession. His sister Brintha collapsed into the arms of family members.

Chan, who like Sukumaran is in his 30s, married his Indonesian girlfriend in a jailhouse ceremony with family and friends on Nusakambangan on Monday, his final wish.

When the families returned from Nusakambangan, Brintha broke down in tears at a press conference, telling reporters: “Please Mr. President Joko Widodo, I’m begging you, please – please don’t take my brother from me!”

Andrew Chan’s brother, Michael, added: “To walk out of there, and say goodbye for the last time, it’s torture.”

The family of Filipina convict Mary Jane Veloso, who was convicted of trying to smuggle heroin into Indonesia but claims she was duped by international drug syndicates, also arrived in Cilacap en route to Nusakambangan to pay a final visit, racing past waiting reporters in a van.

As they got out of the vehicle, Filipino priest Father Harold Toledano gave them each a blessing before they headed to the island. Among the group were Veloso’s two sons, aged six and 12.

Australia has mounted a vigorous campaign to save its citizens, who have been on death row for almost a decade.

The families “do deserve respect and they do deserve to have dignity shown to them at this time of unspeakable grief”, she told the Australian Broadcasting Corporation.

In Sydney late Tuesday about 300 supporters of the Australian pair held a vigil, with several people displaying signs calling for the Indonesian president to show mercy.

Veloso’s case has attracted huge attention in her native Philippines, and President Benigno Aquino had urged Widodo on the sidelines of a summit to grant her clemency, but Prasetyo insisted Tuesday that the execution would go ahead.

Protesters gathered outside the Indonesian embassy in Manila, where they have been holding regular candlelight vigils for Veloso, while there was also a rally urging clemency for the maid in Hong Kong, home to many Philippine domestic workers.

At the Manila event Sol Pillas, head of Philippine migrant workers’ advocacy group Migrante, said Widodo “wants to portray himself as a strong leader but by executing an innocent woman, he will portray himself as an evil man.” – Nick Perry / Rappler.com